Chasing RCB's 156/6, all the Chennai Super Kings batsmen contributed to their six-wicket win on Friday. CSK are atop the IPL 2021 table with 14 points. 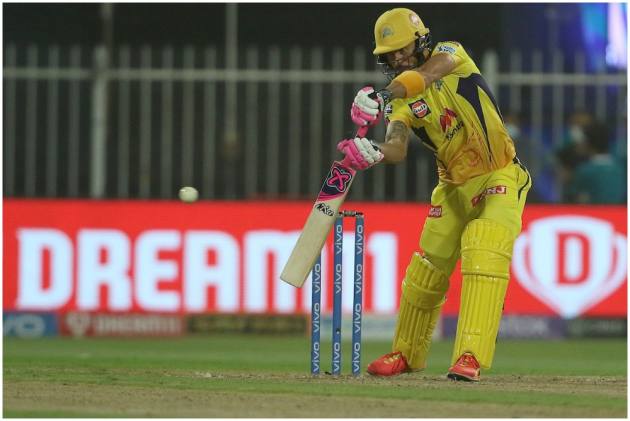 Chennai Super Kings batsmen have learnt a lesson from their horrendous 2020 season and plan to bat more aggressively on the slowish UAE tracks compared to last time and that’s what they have been doing during the first two games, said bowling consultant Eric Simons. (More Cricket News)

“We have already spoken about what worked for us in India during the first half of the IPL (2021). We spoke about what we did wrong here (in the UAE last time),” Simons said at the post-match press conference after their win over Royal Challengers Bangalore (RCB).

“You know any situation, often the bad performance is the best place to learn.” CSK produced a clinical all-round show to humble RCB by six wickets and claim the top spot in the IPL pecking order here on Friday. The former India bowling coach said that the last IPL was a good learning experience.

“So, what went wrong here in the last IPL was a tremendous lesson for us. But I think, probably the biggest difference is the aggression in our batting, we have come out (a) lot more aggressive than we did last time,” the bowling consultant explained.

Simons also had words of praise for all-rounder Dwayne Bravo, who returned with figures of 3/24, saying the team was ‘extremely happy’ with his performance and the West Indian “has bowled particularly well in the last few matches."

All-rounder Shardul Thakur also scalped two crucial wickets and Simons said that the Palghar boy was very smart in the way he used his tactics and ability to read the wicket and the batsman and the (game) situation. RCB opener Devdutt Padikkal, who scored a stroke-filled 70, said that the team was looking to get 170-180 on the board.

“Obviously, when you have a start like that, we would like to get to probably 170-180 at least and that’s… we didn’t really set a target like that because it can go above that as well,” said the left-hander at the post-match media conference.

“So, we were just looking to play the ball on its merit and try to get as many runs as possible, unfortunately just didn’t work out today towards the end of the innings, but hopefully, we can make that in the next game.”

When asked whether he and Virat could have shown more intent, Padikkal replied, “Yeah definitely, there is always things we can improve on. And at that point, we were looking to take the game as deep as possible and we felt that the wicket was getting a little tougher. We knew that for someone new coming it, it won't be that easy to straight away get going.

“So yeah, that is what we were looking to do and try and take our chances whenever possible and pick the right spots and right bowlers at the right time,” he added.

Padikkal also defended the move to send Harshal Patel and Wanindu Hasaranga ahead of KS Bharat, saying both are capable batsmen. “They both (are) two good batsmen as well and they are very much capable of clearing the boundaries and we have seen that in our practice matches and stuff like that and they are really capable batsmen as well,” he said.

“.....so there is no reason that they shouldn't be going higher and we just thought that the match-up was better for them to go out and get those runs for us, unfortunate it didn’t work out, but yeah, these things happen,” the southpaw said.

Padikkal in both the games, against KKR and CSK, had been dismissed while playing the uppercut and he said he would be more careful next time around. “Definitely, I will keep working on that short (upper-cut). And it is a really high-run making short and I felt today it was on.

“It is just that I could not execute it well enough, and probably didn't come on as well as I expected it to, sometimes these things happen and that is not going to stop me from playing the shot but to be more careful next time,” the Karnataka opener signed off.