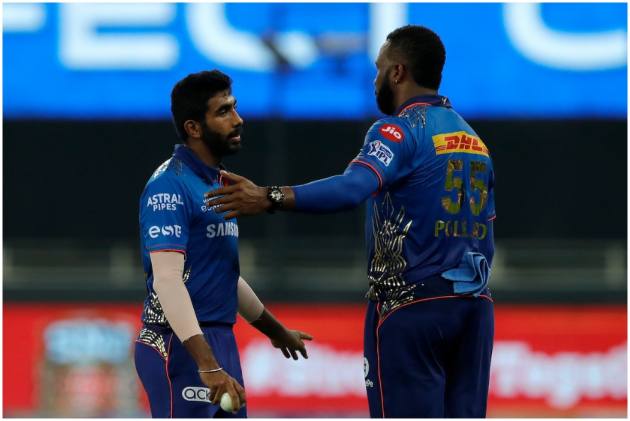 Former England batsman and IPL veteran Pietersen, who was in the commentary box, felt that Mumbai Indians missed the trick by not using pacer Jasprit Bumrah wisely when the chips were down for Chennai Super Kings.

“Mumbai started so well. They really got themselves into the game. They knew they needed to get themselves going. They lost their captain (Rohit Sharma) so he was replaced. And they started so well. CSK were four wickets down very early,” Pietersen said during the innings break.

“Ambati Rayudu retired out. When you get that many wickets early, you have to keep your foot down. You talk about momentum; you need to keep it going,” he added.

Batting first, Chennai Super Kings were four down just 24 runs inside the Powerplay with all the big names back in the hut. But Ruturaj Gaikwad staged a remarkable recovery with an unbeaten 88 that finally made the difference as MI lost by 20 runs in a low-scoring match.

Pietersen felt Kieron Pollard should have made Jasprit Bumrah bowl a couple of overs to put the pressure on the opposition.

“I think Mumbai Indians missed a trick. I don’t know what Kieron Pollard was thinking by not bowling Jasprit Bumrah for two or three overs. They could have been 40/7, 50/7. CSK could have been 60, 70 or 80 all out. I'm not being silly when I say that. You have got to bowl your fast, strike bowlers,” Pietersen said.

India’s premier pacer, Bumrah, was taken off after just one over, and the ball was handed to Krunal Pandya and Rahul Chahar. Although Rahul Chahar bowled a tight spell, Krunal Pandya leaked runs helping Ruturaj Gaikwad and Ravindra Jadeja grow in confidence as the duo stitched a partnership of 81 runs to put CSK back in the game. CSK finished 156/6 in 20 overs. In reply, Mumbai finished at 136/8 in 20 overs.

“They were allowed into the game. There is nowhere in this world that they should have been in this game. Mumbai Indians should have cleaned them out. These are things that are discussed in team meetings. If you had been 40/4 or something like that, you don't bring spinners in and if you do, you don’t put fielders in the boundary,” Pietersen added at the end of the match.