Fondly known as 'speedy Goncalves', it was 13th Dakar for the Portuguese, one of the most experienced riders on the field 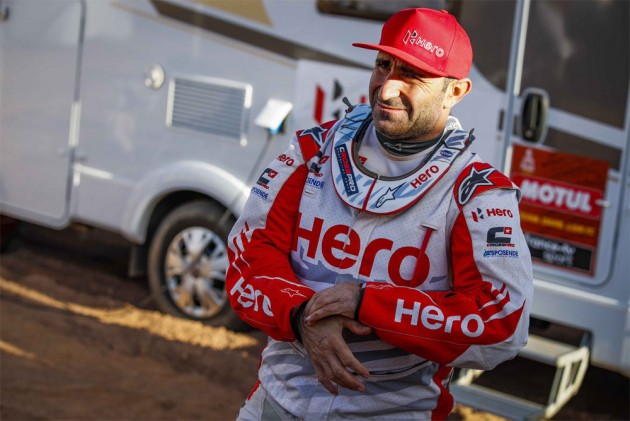 Tragedy struck Hero MotoSports Team on Sunday as its Portuguese rider Paulo Goncalves met with a fatal accident during the seventh stage of the Dakar Rally. (More Motorsport News)

Paulo, aged 40, passed away from a fall sustained 276 kilometers into today's special zone.

"The organisers received an alert at 10:08 and dispatched a medical helicopter that reached the biker at 10:16 and found him unconscious after going into cardiac arrest. Following resuscitation efforts in situ, the competitor was taken by helicopter to Layla Hospital, where he was sadly pronounced dead," Hero Motosport said in a release.

Fondly known as 'speedy Goncalves', it was 13th Dakar for the Portuguese, one of the most experienced riders on the field.

He made his Dakar debut in 2006 and finished four times in the top 10 including a runner-up finish in 2015.

He has had an illustrious journey in the rally-racing world, including a series of remarkable performances at the world’s most prestigious rallies. He was crowned 2013 FIM Cross Country Rally World Champion.

"Words cannot describe our shock and loss at this moment. It isn't just a team, it is a family for us and we are devastated with the passing away of one of our members, Paulo Goncalves," Wolfgang Fischer, Head of Hero MotoSports Team Rally said.

"He joined the Team in April last year and within no time became an integral part of the Hero MotoSports Team family. He will be dearly missed and always be fondly remembered by us.

"Paulo was a true champion, gentleman, reliable friend to everyone in the racing world and a role model as sportsman and personality. We extend our deepest condolences to his family and friends," he said.