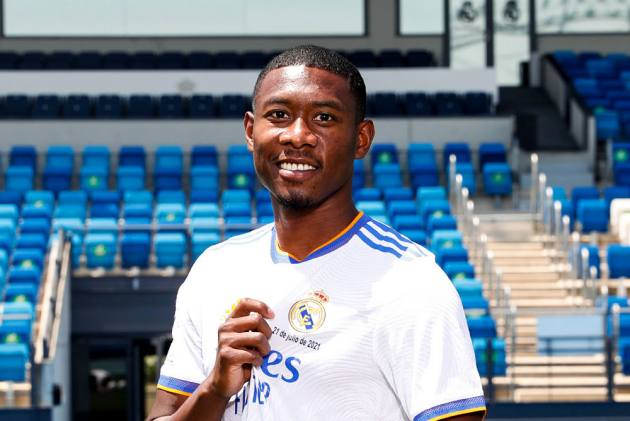 New Real Madrid signing David Alaba said Wednesday it will be an “honor” to wear Sergio Ramos' No. 4 jersey at the Spanish club. (More Football News)

Alaba was officially introduced by Madrid after reaching an agreement with the club in May.

“(Ramos has) been here for a decade and became a leader wearing this number," Alaba said.

“That's a big motivation for me and I want to represent it and honor it. I've said that on a few occasions. But I want to repeat that I am not here to compare myself with others. I want to show my strengths and continue to be David Alaba.”

Ramos bid farewell to Madrid last month after spending 16 years at the club. He said he wanted to stay but the club preferred not to renew his contract. He will be playing with Paris Saint-Germain.

Alaba joined Madrid from Bayern Munich, where he played 431 games in 13 years.