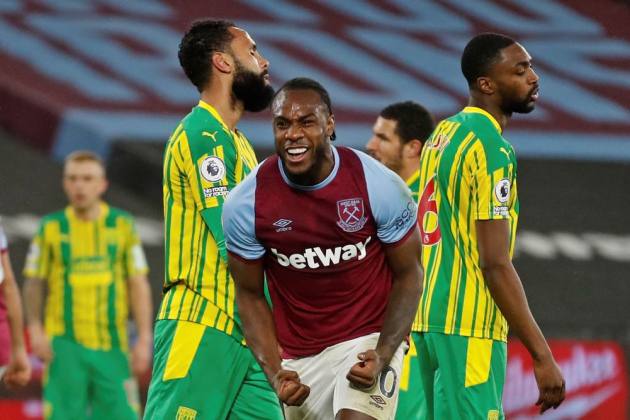 David Moyes has led West Ham to their highest ever points total at the halfway stage of a Premier League season. (More Football News)

The Hammers moved up to seventh in the table after Jarrod Bowen and Michail Antonio were on target in a 2-1 win over relegation-threatened West Brom at London Stadium.

The result moved Moyes' side to 32 points (W9 D5 L5) and they have never had more after 19 games in the competition.

West Ham's previous best came midway through 2014-15 when they had 31 points under the leadership of Sam Allardyce, who was the defeated Baggies boss on Tuesday.

Moyes' second spell in charge of the east London club is proving to be his most impressive spell in the dugout since an ill-fated stint at Manchester United as Alex Ferguson's successor.

Indeed, in 2013-14 season, the Scot had only managed two more points by the same stage with the then-defending Premier League champions.

United were sixth after 19 games, with 10 wins, four draws and five defeats.

32 - West Ham have picked up 32 points from their 19 league games this season (W9 D5 L5), the Hammers’ highest ever points tally at the halfway point of a Premier League season. Moyseh. #WHUWBA pic.twitter.com/uzWayCFcsk