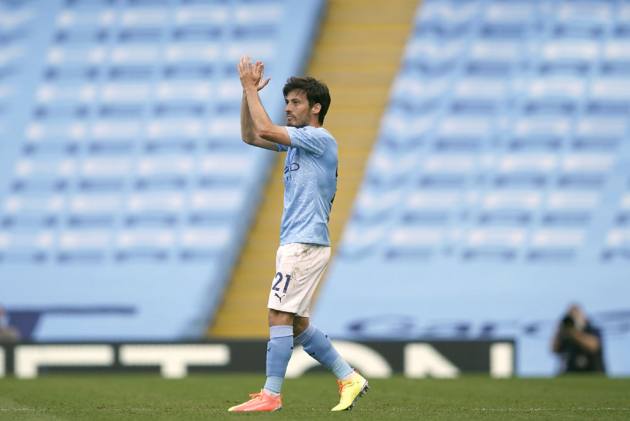 While he did not get on the scoresheet, the 5-0 thrashing was still a fitting farewell for a player who must be considered one of the best ever to play for the club.

Opta provides a clear insight into the brilliance of Silva over the past 10 years...

BORN TO PLAY - AND WIN

Silva reached 200 Premier League wins in just 289 appearances, faster than any other player in the competition's history. Indeed, City won 69.2 per cent of all league games when 'El Mago' was on the pitch - 214 in total.

City's very own Mr Reliable has only made fewer league appearances since his debut than two goalkeepers, David de Gea (312) and Ben Foster (322), while only Kyle Walker has played more Premier League minutes in that time.

Of course, Silva has never just been making up the numbers in City blue. He managed 93 assists, at least 17 more than any other player since his debut in 2010.

Unsurprisingly, his 793 chances created is also far clear of his closest rivals - Eden Hazard is next on 595.

Overall, he has provided 153 goals and assists combined, the fourth-highest since he came to English shores, behind just Wayne Rooney (155), Harry Kane (163) and Sergio Aguero (226).

Thank you @premierleague ! It’s been a hell of a ride  pic.twitter.com/lxx6QWVfPG

Silva is in esteemed company in Premier League history. He is sixth on the all-time assist table, one ahead of Steven Gerrard and behind only Dennis Bergkamp (94), Frank Lampard (102), Rooney (103), Cesc Fabregas (111) and Ryan Giggs (162).

For City, he is unsurprisingly top of almost every chart.

He has played more games, won more games and provided more assists than any other City player in the Premier League, while behind only Aguero for goals and assists combined. While hardly prolific, only Yaya Toure (62), Raheem Sterling (67) and Aguero (180) can better his tally of 60 goals.

Only De Gea and Fabregas (350) have played more Premier League games than Silva when it comes to Spanish players, and none have won as many matches or can compare to his win rate.

Fernando Torres (85) is the only Spaniard with more goals, while just Fabregas is above Silva for assists and combined goal involvements (161).

Silva's best season for goals and assists was in 2011-12 - City's first title triumph - when he registered 21. He has managed at least 11 goal involvements in each of his league campaigns in England.

The midfielder created more than 60 goalscoring chances in every season except 2019-20 and twice surpassed a century, reaching 104 in 2011-12 and then 105 the following term.

He completed 18,794 passes in the Premier League with an accuracy that averaged more than 87 per cent.