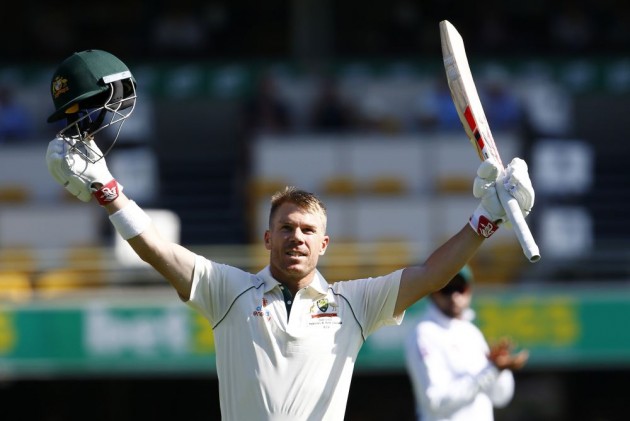 David Warner hit an unbeaten century as Australia piled on the pain for Pakistan on Day 2 of the first Test in Brisbane. (CRICKET NEWS)

Warner posted his 22nd Test ton and fourth against Pakistan in a star display at the Gabba, where his 151 not out led Australia to 312-1 – a lead of 72 runs.

Australia star Warner had not reached triple figures in the longest form of the game since the 2017 Boxing Day Test against England – a one-year suspension for his role in the ball-tampering scandal derailing the batsman.

But Warner – who only managed 95 runs during a forgettable Ashes series in England – ended his wait for a hundred in the final session of the day after 180 deliveries.

Joe Burns was the only batsman to fall on the second day as Australia dominated – the opener falling three runs shy of a century after trying to sweep Yasir Shah (1-101).

After Pakistan were dismissed for 240 on Thursday, Warner and Burns took to the crease in warm conditions against the tourists, and they showed their prowess atop the order.

Warner survived a life on 56, when 16-year-old debutant Naseem Shah (0-65) thought he had his first international wicket, but the teenager heartbreakingly overstepped for a no-ball and the Australian was called back.

He also came close to being run out on 93, but Warner managed to make it back to his crease by centimetres, before completing a memorable ton after tea.

Warner and Burns combined for 222 until the latter was sent back to the pavilion.

Marnus Labuschagne (55 not out) was also spared late in the day when Haris Sohail's delivery flew past Asad Shafiq, while Warner's stump was hit by Shaheen Afridi (0-44) but the bails did not fall – capping a long and forgettable day for Pakistan.