Though Cricket Australia chairman Earl Eddings has said that it is a bit "unrealistic" to host the T20 World Cup in October-November, the ICC is yet to decide the fate of the event and is expected to do so next month. 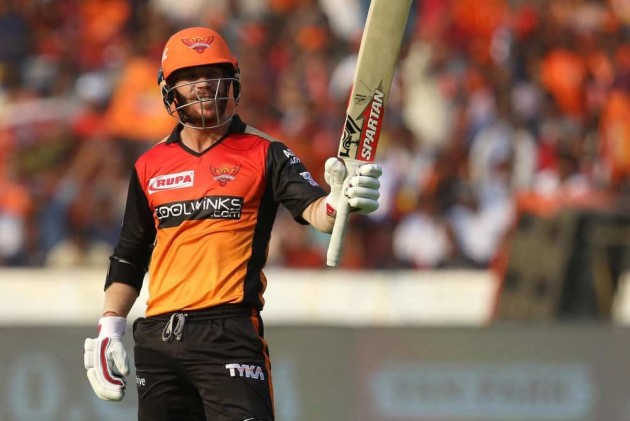 Opener David Warner is "very sure and positive" that he and other Australian players will be able to play the IPL if the T20 World Cup is postponed in the wake of COVID-19 pandemic.

Though Cricket Australia chairman Earl Eddings has said that it is a bit "unrealistic" to host the 16-team tournament in October-November, the ICC is yet to decide the fate of the event and is expected to do so next month.

"...and if it is unlikely if the World Cup can't go ahead, then I am very sure and positive that we will be able to come and play in the IPL if that replaces the World Cup schedule," Warner was quoted as saying by 'India Today'.

"If that permits us from Cricket Australia giving the go-ahead to go over there, I am sure we will put our hands up and come and play cricket which at the end of the day is what we love."

The southpaw himself had said earlier that hosting the T20 World Cup would be a tough ask considering the the number of teams involved.

He said everybody is waiting for ICC's decision on the matter.

"Look, there has been a lot of talk about the T20 World Cup being postponed, the challenges around getting every single nation that participates in the World Cup into Australia, given the fact that we have the quarantine for 14 days.

"Nevertheless, making sure we are restricting the chances of a Covid-19 outbreak back into Australia. Those restrictions are in place with the Australian government at the moment. We have to obviously abide by those rules and obviously we await the decision from the ICC," said Warner.

He said most Australian players would want to play the IPL, which can be held in September-October if T20 World Cup and Asia Cup are postponed.

"Look, most definitely all the players who have been selected and picked in the auction will put their hand up if we are permitted. One we have to get government clearance as well to travel.

"If Cricket Australia allows us to go over there and participate, I am sure the guys will definitely be on board with that to be back up and running and playing cricket again," said Warner.

Having missed the previous home series against India in 2018-2019 due the ball-tampering ban, Warner is looking forward to the next one in Australia this summer when two teams play four Tests.

However, he would not want to provoke India captain Virat Kohli during the high-profile series.

"Virat Kohli is not a person to be poked and no point poking the bear," he said.

On the upcoming series, he added: "It would be very surreal playing against India without the crowd. I want to be selected and be part of that series. Last time we were not bad but we were beaten by a good team and their bowling was relentless.

"Now, India has got the best batting line up and our bowlers will like to target and the Indian crowd will be eager to see that."