David Warner: The Return of The Dynamite – Confident, Unshackled, Pugnacious

David Warner scored 107 from 111 balls as Australia beat Pakistan in a Cricket World Cup 2019 match. Warner hit 11 fours and one six on the way to his century in Taunton. 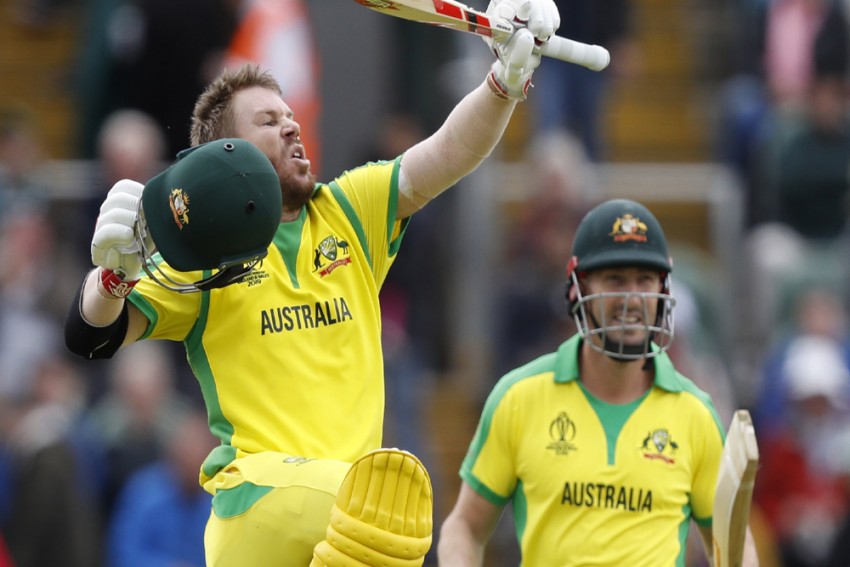 David Warner celebrated the century against Pakistan, which announced that one of the most compelling figures in international cricket was truly back for Australia.
AP
Outlook Web Bureau 2019-06-13T09:12:00+05:30 David Warner: The Return of The Dynamite – Confident, Unshackled, Pugnacious 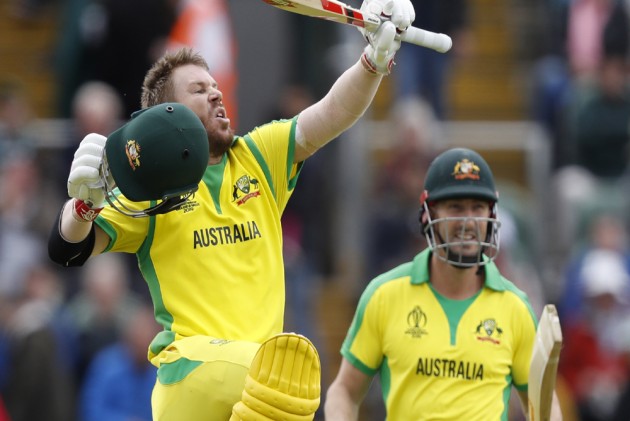 With a bouncing leap and a thrust of his batting helmet to Taunton’s overcast skies on Wednesday, David Warner celebrated the century which announced that one of the most compelling figures in international cricket was truly back for Australia.

Yes, he may have already scored a couple of half-centuries and won a Player of the Match award at this ICC Men’s Cricket World Cup 2019 but this had not stopped the suggestions that the real Warner, the confident, unshackled, pugnacious version, had not yet properly reappeared since his return to the international stage.

Yet his team captain Aaron Finch had told everyone not to worry, that the left-hander was just a small ‘mindset change’ away from his swaggering “dangerous best” and, sure enough, the genuine article did turn up here to deliver his first ton at the 2019 tournament.

It was a knock more notable for its responsibility and authority than for any exhilarating flamboyance but a crisp effort that also reminded us that Australia, following their taming by India, are still world champions, and much more powerful world champions when this old firestarter is initiating the show in his inimitable bullish fashion.

“It means a lot to me,” admitted a delighted Warner, also not about to hide the sense of relief after his 107 off 111 balls, featuring 11 boundaries and one free-hit six bludgeoned into the pavilion courtesy of off-spinner Shoaib Malik’s previous no ball, proved his first international century for 18 months, since the 2017 Boxing Day Ashes Test.

Yet at Taunton’s lovely County Ground, even in front of a largely partisan Pakistani-supporting sell-out, Warner’s 15th international ODI century was greeted with respect from the opposing fans - just as Pakistan captain Safaraz Ahmed had wished for and predicted - and with utter delight from his Australian team-mates.

You could see just how much this innings meant to him as he engaged his batting partner Shaun Marsh in a bear hug. He cared not a jot that the landmark had been reached via an unconvincing prod that saw the ball streak between wicket-keeper and first slip for four; there was redemption in the air here.

Only four days earlier at the Oval, Warner had found himself being criticised, almost unthinkable for a natural-born dasher, as a dawdler during Australia’s run chase against India.

In a World Cup record chase of 352, he seemed far from his normal busy, bossy self at the crease, at one point hesitantly facing an almost unthinkable 14 dot balls in a row as he recorded the slowest 50, off 77 deliveries, of his one-day international career. This had followed his previous slowest, a 74-ball plod against Afghanistan.

His comparative sluggishness prompted all sorts of theories about what might be wrong, with the great Kumar Sangakkara even musing that Warner might perhaps be too desperate to produce the goods, that he could even be sub-consciously thinking too much of protecting his wicket instead of embarking on his old carefree adventures.

Yet after Australia had lost what looked an important toss on a bowler-friendly morning, Warner immediately looked a businessman on a mission, a model of positivity from the moment he pulled Shaheen Afridi neatly off his hip for four in the second over.

He more than survived and quickly thrived in perfect harmony with his captain Finch, whose 84-ball 82, peppered with four sixes, ensured that one of the most destructive partnerships in world cricket was back in perfectly oiled harmony.

The 146 they put on in just 22.1 overs proved a platform that, even after Australia had lost their last seven wickets for 84, always looked likely to be too much for Pakistan on one of their absent-minded days.

There is still much to work on for the champions but the return of a sharp, battle-hardened is the perfect boon. “It’s been a long time coming,” he smiled, with the look of a man who felt it will be a short time before the next telling contribution.