England had little difficulty beating Ireland in Thursday's ODI, with David Willey and Sam Billings the star men in Southampton. 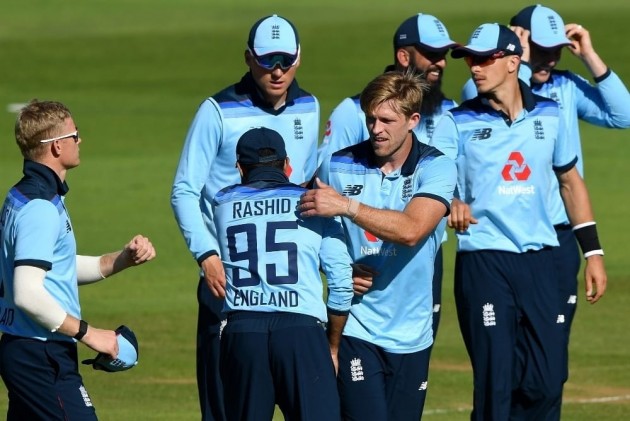 David Willey's bowling set the tone for a comprehensive six-wicket England win in Thursday's ODI with Ireland, while Sam Billings impressed at the crease as a 173 target was reached with little fuss in the series opener.

England's Test players were unavailable due to their endeavours against West Indies, meaning an entirely different ODI XI was given the chance to prove their credentials, and Willey certainly rose to the occasion.

The 29-year-old was left out of England's World Cup squad last year, but in Southampton he provided a reminder of his qualities with an exceptional 5-30, his first five-wicket haul in ODI cricket.

It did not take Willey long to find his groove, taking out Paul Stirling (2) and Ireland captain Andrew Balbirnie (3) in the first three overs.

Billings and Morgs guide us home!

Three successive fours – which were soon followed by another pair – from Gareth Delany (22) at least gave Ireland a little momentum, but he too fell victim to Willey having just seen Mahmood (2-36) deal with Harry Tector (0), and Lorcan Tucker (0) followed them just two balls later in the sixth.

Curtis Campher (59 not out) and Kevin O'Brien (22) steadied the ship with some conservative batting, staving off the England attack for 14 full overs, but the latter eventually paid the price for opting to alter their mentality.

Like Tector and Tucker, Simi Singh returned to the pavilion without a run to his name, and although Andy McBrine's solid 40 helped he and Campher put up a decent defence, Ireland were eventually skittled in the 45th over when Jason Roy caught Craig Young to secure Willey's fifth wicket.

England's chase did not begin particularly emphatically, as they found themselves at 36-2 after the sixth over – Roy (24) and Jonny Bairstow (2) the early casualties.

Tucker then caught Vince (25) off Young in the 10th over, but England's wobble effectively ended with his replacement, Billings, who impressed with an unbeaten 67, which included 11 fours.

England lost Tom Banton (11), but captain Eoin Morgan (36 not out) came in and ultimately sealed a comfortable victory as he blasted Singh's delivery for six – the hosts reaching 174 runs in the 28th over with six wickets to spare.