Even though Denmark has a singles player in Holger Rune (103), who is higher-ranked than all the Indian players, it is still a favourable draw. This will be the first India vs Denmark tie since 1984 when India won 3-2 at Aarhus. 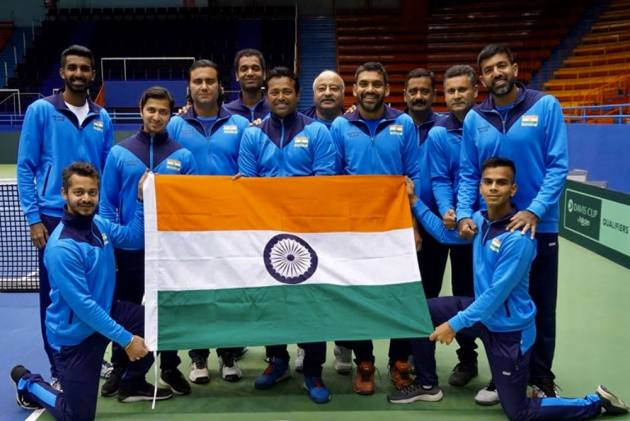 India have got their first home Davis Cup tie since February 2019 as they have been pitted against Denmark in World Group I contest, scheduled for March 4-5 next year. (More Tennis News)

India hosted Italy at home in February 2019 and lost 1-3 in Kolkata.

Even though Denmark has a singles player in Holger Rune (103), who is higher-ranked than all the Indian players, it can still be considered a favourable draw for the hosts.

It will be the first tie between the two nations since September 1984 when India won 3-2 at Aarhus.

The two teams have not clashed much as the only other time they played was in 1927 when Denmark whitewashed India 5-0 in the quarterfinal in Copenhagen.

"Thank God, after many ties, we have got a home match. Previous two ties were tough for us, we played Croatia who made the Davis Cup finals. Then we played Finland and everyone thought Finland was an easy team, which was not the case," India coach Zeeshan Ali told PTI.

"We were always underdogs but we always had the players to perform very well in Davis Cup but right now we are struggling, so whoever we are playing it's going to be a challenge," he said.

eeshan felt a lot would depend which players will be available for the tie.

"The last time we did not have our number one player with us, then Yuki was down with injury. If we have a full strength team, if Sumit is fit by March and Yuki is also available, we have a very good chance of beating Denmark in India," he said.

Prajnesh Gunneswaran (215) has dropped out of top-200 and Nagal, who recently took a break to undergo hip injury, is now ranked 218.