Rajat Sharma had resigned on November 16, citing "various pulls and pressures" within the organisation." His resignation was stayed by Justice (Retd) Badar Durrez Ahmed a day later but has finally been accepted after a fresh request from the media personality. 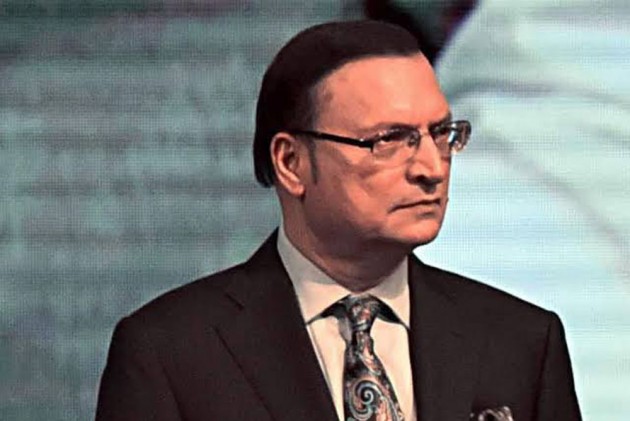 The Delhi and Districts Cricket Association ombudsman Justice (Retd) Badar Durrez Ahmed on Friday accepted senior journalist Rajat Sharma's resignation from the position of DDCA President, nearly a fortnight after putting a stay on it.

Sharma had resigned on November 16, citing "various pulls and pressures" within the organisation." His resignation was stayed by Ahmed a day later but has finally been accepted after a fresh request from the media personality.

"I wrote to him in the morning and told him to relieve me of my responsibilities," Sharma told PTI.

In his letter to Ahmed, Sharma stated that he could not continue in an organisation, which is in a "chaotic" state.

"I resigned on November 16 from post of President DDCA for the reasons stated in the letter. I, however, continued to honour the directions of the ombudsman and later reiterated by the High Court. However, the situation in DDCA is completely chaotic and I find it impossible to continue any further as President," he wrote.

Sharma's nearly 20-month tenure was a tumultuous one marred by public differences with general secretary Vinod Tihara, who enjoys a fair amount of support base in the organisation.

Tihara won the DDCA elections contesting for Sharma's group but had a fallout with the president within a few weeks on various cricket and administration-related issues. It included allegations that Tihara tried to control the recruitment process in the DDCA without following protocol.

Tihara was then suspended by the executive committee on disciplinary grounds which he subsequently challenged in the Delhi High Court.

"I find it impossible to work with people who have no respect for the Ombudsman or the High Court or the constitution," Sharma wrote in his letter to Ahmed.

Within hours of Sharma's resignation on November 16, CEO Ravi Chopra also put in his papers.

"It is clear that Rajat Sharma has expressed his desire not to continue as President of DDCA. This entire controversy surrounding his resignation does not survive any more," Ahmed said on Friday.