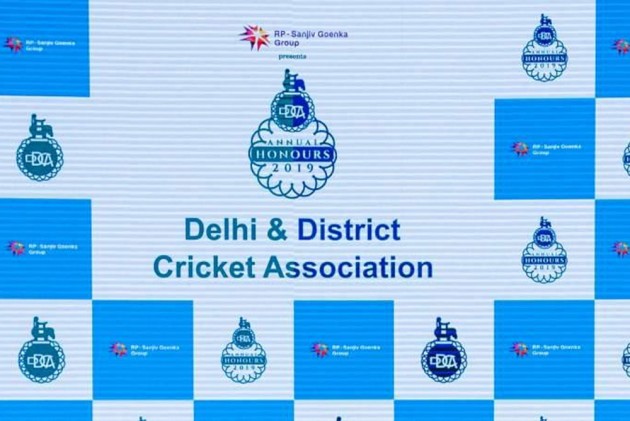 With an eye on the lack of leadership at the Delhi and District Cricket Association (DDCA), Ombudsman Justice Deepak Verma (Retd) has made it clear that elections for vacant posts will be held as soon as normalcy returns and the lockdown regulations are relaxed by the government that have been implemented to contain the spread of coronavirus. (More Cricket News)

In his order, the ombudsman has made it clear that while he had already called for an election for the post of the president back in February, things had to be put on hold due to the lockdown, but the process shall be started as soon as normalcy returns.

"It is to be brought to notice of all, once again that vide my order(s) dated 15.02.2020 it was directed that elections for the post(s) of president of DDCA be held. Thereafter, post of treasurer also fell vacant and it was directed that election for the said post be held/done along with the election of post of President of DDCA. Pursuant thereto, Navin Chawla, former Chief Election Commissioner of lndia was requested to act as election officer in order to hold elections for vacant posts in DDCA.

"All this would have gone smoothly, but for the rapid and fast spread of coronavirus, total lockdown has been imposed throughout the country w.e.f. 25.03.2020, which is still continuing, being extended from time to time. It is anybody's guess, when it will be completely lifted and to what extent. Thus, the process of election, for which, ball was already set rolling, has gone topsy turvey. But it may be clarified that, once things attain normalcy, elections would take place at the earliest, so as to enable DDCA, to function, in accordance with its Articles of Association and adhering to the provisions of Indian Companies Act," he said.

The ombudsman also ordered the removal of joint secretary Rajan Manchanda for his behaviour on December 29, 2019 which as per the ombudsman led to a huge public fight amongst DDCA officials during their Annual General Meeting. He asked the general body of the association to take note of his order and ratify the decision. Till such time, the ombudsman has directed him against exercising his powers.

"It leaves no amount of doubt, in my mind that he (Rajan Manchanda) was soldy instrumental in causing huge hungama and ruckus on the stage on 29.12.2019. Such type of action, behaviour and attitude was highly uncalled for in the AGM, more so from a Joint Secretary of DDCA. I am making this recommendation to the General Body because Rajan Manchanda has been elected as Director by the General Body and it is the General Body which must take the decision to remove him.

"Therefore, I direct that this order shall be placed before the General Body (either in Extra Ordinary Meeting or Annual General Meeting, whichever is earlier) as an agenda item and a final decision shall be taken by the General Body but till such time exercising the powers under clause (6)(iv), 7(c) and 7(d), he is hereby restrained from exercising his powers either as Joint Secretary and or member of any of the Committee of the DDCA until final order/decision is taken in this regard by the General Body," he said.

Speaking to IANS, a DDCA official applauded the decision of the ombudsman and said that these corrective measures were need of the hour.

"It's a welcome decision by the ombudsman. He has rightly left the decision regarding the removal of Rajan Manchanda to the General Body which could even think about removing him from the membership of the association. In restraining the persons from functioning with immediate effect he has also prevented these people from misusing their positions to further their own interests. It's high time for fresh elections to take place," he pointed.