Decision To Ban Mohammed Azharuddin Was A 'Total Sham': Member Of BCCI's Panel That Decided The Punishment

Kamal Morarka, a member of the BCCI disciplinary committee that took the unprecedented decision to ban Mohammed Azharuddin on December 5, 2000, revealed that the decision was a sham as he had never signed the paper. 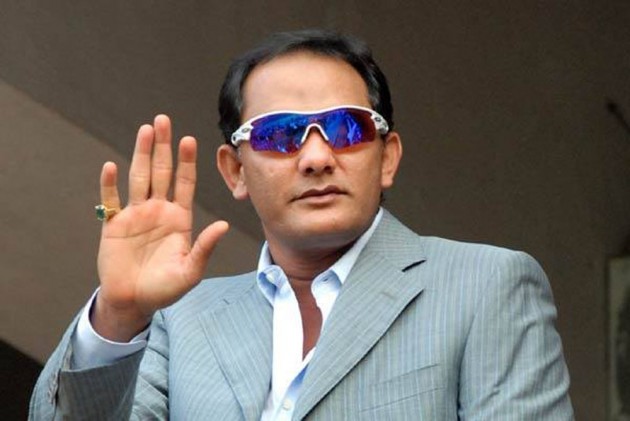 On the morning of November 21, 2012, two influential cricket administrators – a businessman and a politician – as part of a pre-devised strategy stopped Mohammed Azharuddin’s formal entry into the BCCI, despite the Andhra Pradesh High Court rescinding his match-fixing-related life ban. The same evening the BCCI formally invited him to its annual awards function at Taj Mahal Hotel in the same city, Mumbai, by sending him a proper invitation card. That is how, in a nutshell, the BCCI has treated Azharuddin over the years – by ruthlessly employing carrot-and-stick formula.

Wonder how the two administrators, who have since passed away, would have reacted on September 27, 2019, when 56-year-old Azharuddin became president of the Hyderabad Cricket Association (HCA), and virtually booked a ticket to attend the next month’s Board of Control for Cricket in India AGM as an HCA representative. The late politician-cum-cricket administrator, who had a finger in every cricketing pie, could not realise his ambition of becoming BCCI president while the other administrator was known to find loopholes in the processes applied to the various contentious issues and have his way in 1990s.

Kamal Morarka, a member of the BCCI disciplinary committee that took the unprecedented decision to ban Azharuddin on December 5, 2000, on Saturday congratulated the stylish batsman on winning the HCA election. He had dissented on the three-member panel’s decision, didn’t attend the crucial meeting, and didn’t sign the paper. On Saturday, he called the ban on Azharuddin a “total sham”.

ALSO READ: Cricket In Hyderabad Has Suffered A Lot, Want To Bring About A Change: Mohammed Azharuddin

The wheel has turned full circle for Azharuddin, who was much wronged by the BCCI and other external forces that worked overtime and consistently against him over the years, especially as he virtually had no political backing at the time. Some officials of the BCCI in particular played nasty games with him in the last seven years, since his exoneration by the court. On the one hand, the BCCI, state cricket associations, the government-run bodies, including the National Institute of Sports in Patiala, would invite him as chief guest. And, on the other hand, when the BCCI mandarins of all hues and colours – and of deep-rooted self-interests -- would get together in the BCCI boardroom, they, barring one or two, would gang up against Azhar and deliberately delay a decision on his life ban. Remember, a life ban, as per the old BCCI constitution, was initially only for three years, after which a banned player/official/association could appeal for reinstatement.

Morarka, who was a BCCI vice-president from 1996-97 to 2003-04, neither attended the crucial disciplinary committee meeting nor signed the minutes to ban Azharuddin on December 5, 2000. BCCI president AC Muthiah and Karnakata cricket association president KM Ram Prasad, the other members of the committee, took the decision to ban Azharuddin, and interesting called it “unanimous” in the minutes, a copy of which is in possession of Outlook.

“Certainly not [I didn’t sign]. It was a total sham. It was totally wrong. K. Madhavan was, of course, a high-profile man [a former CBI joint director]. Informally, he told me that India should set higher standards [in taking measures to check betting and match-fixing] than even South Africa and England. Even the disciplinary panel was scared of the press. I told Muthiah that it was a money matter. The charge against Azhar was that he had taken money, but forget the proof…proof toh tha hi nahi (there was no proof). There’s no proof in the CBI Report [of 2000 on match-fixing] also,” Morarka, a former Union minister, told Outlook on Saturday.

“I said that in the current domestic season (2000-2001) he was already banned. I informally suggested to lift Azhar’s ban the next season, and make it mandatory for him to train school students free for 30 days a year. I said let’s make use of his talent. They said ‘that is too light [a punishment], and that what the press would say.’ I said the press would say either way. They didn’t agree, and I excused myself. I was going out of Delhi, so I said you postponed the disciplinary committee meeting, and I will attend and record my dissent. But they didn’t postpone it and I didn’t attend,” recalls 73-year-old Morarka.

A former BCCI joint secretary had also admitted to this some years ago that BCCI officials were indeed under pressure to “act on match-fixing”. “There was immense public pressure on us. Some members were apprehensive that if a decision on match-fixing wasn’t taken, the public would beat them up when they come out of the hotel,” he had said.

Let it be clear that all this is not being said on whether or not Azharuddin actually accepted money to underperform; this is just to state some facts. And one hard fact is that the BCCI appointed an external one-man inquiry commissioner, K. Madhavan, to inquire into match-fixing episode when its constitution did not have any provision to take that step. That rule was incorporated into the BCCI constitution exactly a month after the Board had appointed Madhavan as an inquiry commissioner.

Since the 2012 Andhra Pradesh High Court verdict, successive dispensations of the BCCI – headed by N. Srinivasan, Jagmohan Dalmiya, Shashank Manohar, and Anurag Thakur -- have dithered from taking a decision on Azharuddin’s formal reinstatement into the cricket fold. While imposing a ban on Azharuddin, the Disciplinary Committee had even forfeited the BCCI’s contribution to his benevolent fund that he had accumulated as an India player, accrued till December 5, 2000. Will the BCCI now release his forfeited fund? And the BCCI has apparently not presented its highest accolade, Colonel CK Nayudu Award, to Azharuddin as, for the Board, he was a pariah at the time. Will a new BCCI set-up that takes charge on October 23 look at Azharuddin afresh? At least one present interim BCCI office-bearer called Azharuddin “my close friend” on September 27 immediately after the cricketer and his six-member panel swept the HCA elections.

And as far as the two senior administrators who had stalled Azharuddin’s reinstatement are concerned, they had no objection in sharing the limelight with the stylish batsman many times after stalling his entry in that working committee meeting on November 21, 2012. “Since his case is very old, we will have to look into the sequence of events that have folded since 2000,” the businessman-turned-administrator had said at the meeting. The two officials only reflected the dual face of many BCCI mandarins. In his home state, Hyderabad, too Azharuddin was treated unfairly. He was not allowed to contest for the president’s post of HCA in 2017.

Another fact is that the BCCI’s treatment of Azharuddin, one of the most successful India captains who led the team in three World Cups, was far from transparent and honest. After winning a favourable verdict form a double bench of the Andhra Pradesh High Court, Azharuddin applied to the BCCI for his formal reinstatement. But the BCCI neither formally reinstated him, not challenged the Andhra Pradesh court order in a higher court, i.e. the Supreme Court.

While the BCCI kept Azhrauddin hanging, he became a Member of Parliament from Moradabad in Uttar Pradesh on a Congress party ticket in 2009. Earlier, the Hyderabad-based cricketer had turned to coaching, and recently a film was made on his life.

Azharuddin is relieved and his admirers are happy that he won the HCA president’s post. “I am very happy that Azharuddin has been elected. Circumstances have a way of doing justice. I am happy for him. He has been an outstanding leader of cricket and an outstanding example for the youth,” says Morarka.