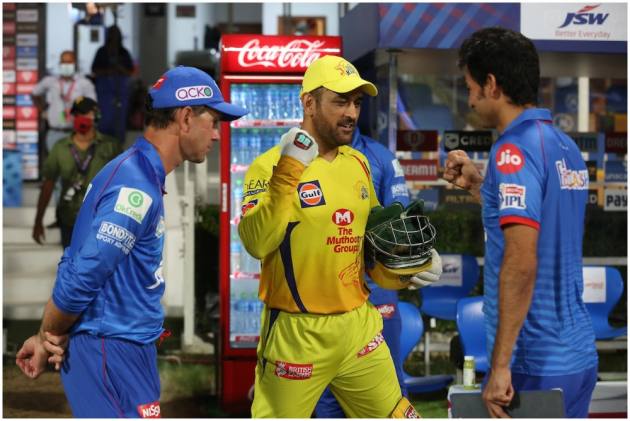 The ageless Dhoni produced nostalgic little innings to take a band of old men from CSK into their ninth Indian Premier League final after beating DC by four wickets in the Qualifier 1 here on Sunday night.

Needing 13 off the last over, Dhoni hit a square cut, got a bit of luck going his way and then pulled DC’s best bowler Tom Curran for the most celebrated T20 boundary of recent times. Before that, he had just slapped Avesh Khan for a six over mid-wicket.

”Yeah, look, he (Dhoni) (has) been one of the greats. It was a situation tonight, we were sitting back in the dug-out and thinking, will (Ravindra) Jadeja come next, will Dhoni come next and I put up my hand up straight away and said Dhoni will come out now and try (and) ice the game,” Ponting said.

“Look, I think when he is done and when he’s retired, I think he’ll definitely be remembered as one of the great finishers the game has ever seen,” Ponting said DC bowlers failed to execute their plans against Dhoni.

“Look we probably didn’t execute as well we needed to him (Dhoni) in those last couple of overs and you know that if you miss, he is going to make you pay and he has done it for a long time now. I think, our bowlers just missed their areas a little bit to MS in the end and he certainly made us pay,” he said.

CSK head coach Stephen Fleming also lavished praise on his skipper, who turned the clock back and played a match-winning cameo in Qualifier 1, saying it was ‘emotional’ to see Dhoni finish the game.

“Well, it was great. It was emotionally great for us. We wish him (Dhoni) every time he goes out because we know the pressure he has, the expectations on him and again he came up trumps for us. So it was emotional in the changing room,” he said in the post-match virtual press conference.

Courtesy of their win, CSK have made it to their ninth IPL final, while DC will now lock horns with the winner of the Eliminator between Kolkata Knight Riders and Royal Challengers Bangalore.