Gautam Gambhir on Tuesday conceded BJP's defeat to AAP in the Delhi Assembly Elections 2020, saying the saffron party did try their best 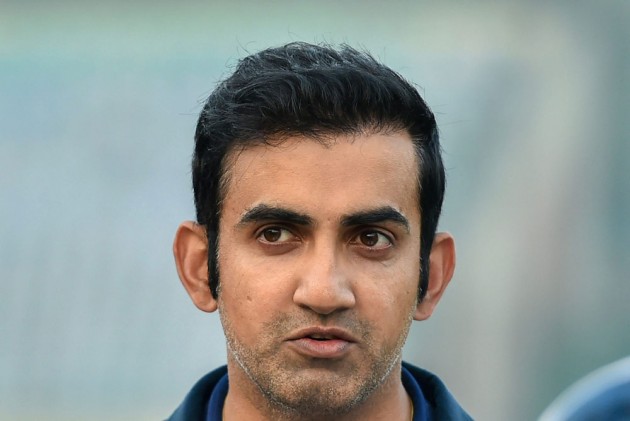 Former India cricketer and Bharatiya Janata Party (BJP) MP Gautam Gambhir on Tuesday conceding defeat in the Delhi elections, admitted that the saffron party failed to convince the people of the Union Territory.

Ruling Aam Aadmi Party (AAP) was leading in 60 with the BJP a distant second as per the trends for all 70 seats in the Delhi Assembly elections by the Election Commission of India at 2 pm.

Talking to ANI, Gambhir said "we [BJP] accept Delhi Election Results and congratulate Arvind Kejriwal & the people of Delhi. We tried our best but, probably, we could not convince the people of the state. I hope Delhi develops under the chief ministership of Arvind Kejriwal."

BJP MP from East Delhi, Gautam Gambhir: We accept #DelhiElectionResults and congratulate Arvind Kejriwal & the people of Delhi. We tried our best but, probably, we could not convince the people of the state. I hope Delhi develops under the chief ministership of Arvind Kejriwal. pic.twitter.com/GO4HG7s5fI

As it became clear that AAP is on its way back to power, months of animosity gave way to courtesy. Other BJP leaders who fought a high decibel, shrill campaign against AAP were also seen congratulating Arvind Kejriwal and his associates.

BJP's Hari Nagar candidate Tajinder Bagga followed suit. He extended his wish by saying: "Hearty congratulations to Arvind Kejriwal and all the workers of Aam Aadmi Party." Earlier he quoted a verse from Atal Bihari Vajpayee's poetry of hope that he had penned when BJP was down and out.

However, Manoj Tiwari the Delhi president of AAP and Parvesh Sahib Singh, whose controversial statements brought EC censure, has not done the same. Neither has Anurag Thakur whose 'gaddar' comment created a row.

The counting of votes for 70 seats of the Delhi Assembly began amid tight security at 8 am today. Delhi went to polls in a single-phase on February 8.

As predicted by exit polls, AAP is set for a hat-trick of wins in the national capital.