Brazil is missing nine England-based players who did not travel because of Britain's coronavirus restrictionsWhile, Argentina star Lionel Messi is a slight doubt 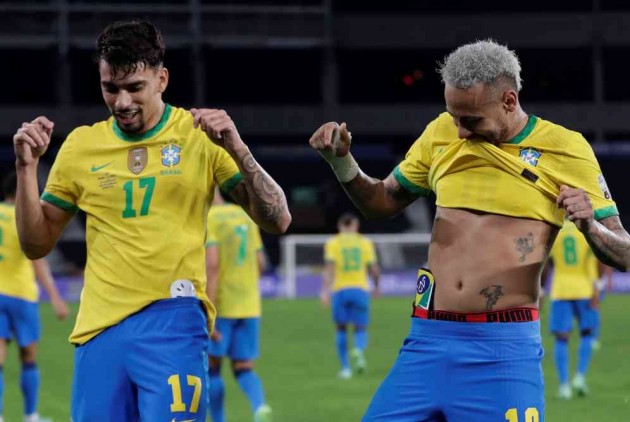 When Brazil hosts Argentina in Sunday's World Cup qualifier, it may not be fair to call it a rematch of the Copa America final from less than two months ago.  (More Football News)

Brazil is missing nine England-based players who did not travel because of Britain's coronavirus restrictions. Meanwhile, Argentina star Lionel Messi is a slight doubt after being subjected to a harsh tackle by Venezuela's Adrian Martinez on Thursday, which led to a red card.

If Messi can play, as expected, Argentina will have a good chance of strengthening its status as the best team in South America after beating Brazil 1-0 in the Copa America final in July in Rio de Janeiro. Especially since it was able to bring four Premier League players: Aston Villa's Emiliano Martinez and Emiliano Buendia and Tottenham's Giovanni Lo Celso and Cristian Romero.

“What matters the most is not to rest on past achievements and march on,” Argentina coach Lionel Scaloni Scaloni said after the 3-1 win in Venezuela.

“It will be a different match against Brazil, everyone is available and whoever is at their best will play.”

Brazil leads the South American qualifying group with a perfect 21 points after seven games, while Argentina is second on 15.

But Brazil coach Tite is missing a big part of the team that started the Copa America final, including the suspended Marquinhos and England-based Thiago Silva, Fred and Richarlison.

Tite used four forwards in Thursday's 1-0 win at Chile but is unlikely to repeat that formation against Argentina, not only because he's facing a more dangerous opponent but also because it didn't work very well.

The winning goal came from substitute Everton Ribeiro in the 64th minute, with star forward Neymar having a sub-par game.

The uncertainty surrounding Brazil's team is such that midfielder Gerson, who hadn't even been called up by Tite for more than a year, hopes to start against Argentina.

“If it is meant to be, I am ready,” said Gerson, who played in the second half of Brazil's win in Chile.

The first four teams will automatically qualify for the tournament in Qatar next year. The fifth-place team will take part in a playoff against a team from a different confederation.(AP)