Although Ansu Fati is available, Barcelona will be missing three first-team stars for their first La Liga match of 2020 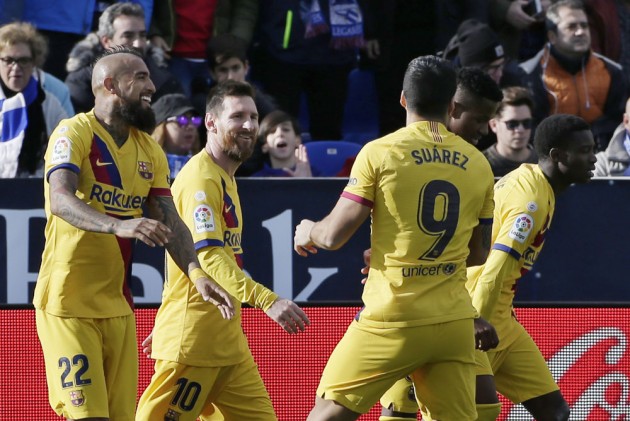 All three players have been left out of the 18-man squad for the clash with Abelardo's side.

Head coach Ernesto Valverde confirmed earlier on Friday that goalkeeper Ter Stegen would be unavailable due to a knee tendon injury that also makes him a doubt for the Supercopa de Espana in Saudi Arabia.

Midfielder Arthur is expected to be out for three weeks with a groin problem, while forward Dembele has not yet recovered from his latest thigh muscle injury.

There is also no room in the squad for defender Jean-Clair Todibo, who has been linked with moves to Milan and Everton this month.

The good news for Barca is that Ansu Fati has been given the all-clear to travel, while Lionel Messi, Luis Suarez and Arturo Vidal - who only trained for the first time since the holidays on Thursday - are included.

Barca head into 2020 with a two-point lead at the top of La Liga.

The  for the Barcelona Derby!! pic.twitter.com/zezcfQlwwD

Barca head into 2020 with a two-point lead at the top of La Liga.