Dhanraj Pillay On Historic Hockey Bronze: 'I Have No Regrets Now After This Olympic Medal' 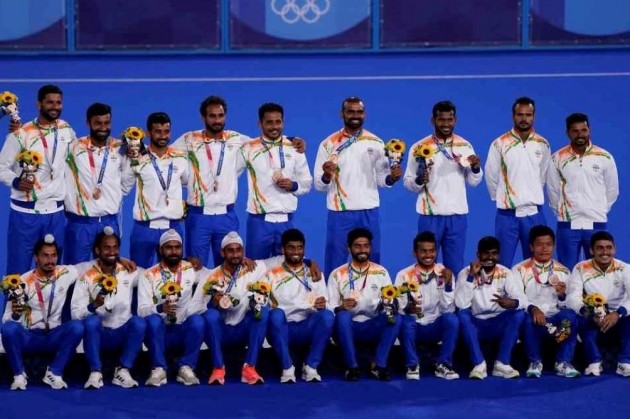 He endured the pain of returning empty handed from the Olympics four times during his playing days but the legendary Dhanraj Pillay says now he has no regrets after watching the Indian hockey team claim a bronze at the Tokyo Games. Highlights | Tokyo Olympics | Full Schedule | Sports News

The eight-time former gold-winners, who battled a heartbreaking slump in the last four decades, scripted history at Tokyo by securing an Olympic medal -- a bronze -- after 41 years.

The last time India had won an Olympic medal in hockey was at the 1980 Moscow Games where they bagged the gold.

On Thursday, India brought an end to the medal jinx after getting the better of the Germans in a thrilling 5-4 win in the bronze medal play off.

"I always had the regret that I could not win an Olympic medal. I used to wonder whether I would be able to see India at the Olympic podium again in hockey. Now with this historic win, I have no regrets," the former captain told PTI.

"You always go to the Olympics to win a medal and your morale is broken when you end up playing classification matches," said Pillay, who is the only Indian to represent India in four Olympic Games (1992 to 2004) and as many World Cups and Champion Trophies in a career spanning over 15 years.

The Indians showed great determination as they made a memorable comeback, fighting back from a two-goal deficit to turn the match in their favour after being 1-3 down thanks to some defensive lapses.

"I must appreciate this team for the way they have managed a comeback after the heartbreaking defeat against Belgium," said the 53-year-old.

Goalkeeper PR Sreejesh produced some brilliant saves, including saving a penalty corner in the dying moments, to not allow the Germans take the match into the shootout.

"I have always said that Sree (PR Sreejesh) is a big match winner. Harmanpreet (Singh), Rupinderpal (Singh), Simran (Simranjeet Singh) everyone has contributed. The never-say-die attitude of this team is exemplary," said Pillay.

He also said that this win is a result of a long process and the change did not happen overnight.

"This does not happen overnight. There has been a long process behind this. Many people have contributed like former coach Roelant Oltmans, Jose Brasa, Terry Walsh, Ric Charlesworth or Harendra Singh," he said.

"We can not forget the support staff also plus the contribution from former players and the Odisha government."

Pillay said India should start preparing for the 2023 World Cup and 2024 Paris Olympics at the earliest.

"I think we should start preparing for the World Cup and next Olympic straightaway. We must have a wider core group of players and prepare them for the next mission," he signed off.