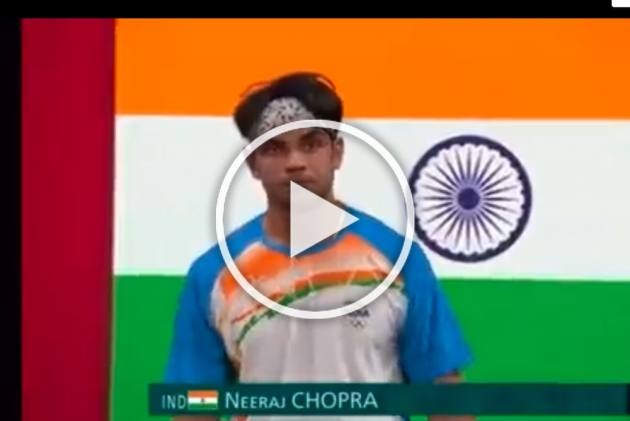 For two bitter rivals obsessed with cricket, 'tampering' is a choice word. And maybe rightly so, if someone tries to interfere 'in order to cause damage or unauthorized alterations'. Well, that's apparently what has happened, in the latest chapter in India vs Pakistan rivalry, with one opponent trying his best to unsettle the other. But this time, it happened in the grandest of stages -- at the Olympics, not some cricket field. (More Sports News)

Neeraj Chopra, the boy wonder of Indian athletics became the first-ever Olympic gold medallist in track and field from the country. His Tokyo Olympics exploit has already become one of the defining moments of Indian sports.

But Chopra almost forfeited his first attempt during the men's javelin throw final in Tokyo on August 7, 2021. As it turned out, his throw of 87.03m in the first attempt would have been enough to win the gold medal. Revealed as a back-story, Chopra didn't find his javelin as he was getting ready for the throw.

In an interview with the Time of India, the 23-year-old from Panipat revealed that he "was not able to find it [javelin]," then suddenly he "saw Arshad Nadeem was moving around with my javelin. Then Chopra told him, 'Bhai give this javelin to me, it is my javelin! I have to throw with it.'"

In a sport where every second tick like a timebomb, such diversions are bound to explode. And there's also the pressure, which often goes with the saying "all haste is of the devil". Anything could have happened.

"He gave it back to me. That's why you must have seen I took my first throw hurriedly," Chopra added.

Reacting to Chopra's revelations, Indian fans took to social media sites to roast Nadeem, who finished fourth with a best throw of 84.62 at the Games.

Why did Arshad Nadeem take away Neeraj Chopra's javelin during the Olympics finals just before his throw? pic.twitter.com/wneIBujFNj

Tokyo Olympics gold medallist Neeraj Chopra revealed that Pakistan athlete Arshad Nadeem had taken away his javelin just before the final. When Neeraj found that Arshad had his Javelin, then he asked him to give it back.

Chopra destroyed a strong field of 12 finalists with the best throw of 87.58 in his second attempt.

He also added that "Nadeem gave a really good performance in the qualifying round as well as the final. I think it is good for Pakistan, they have a chance to show more interest in the javelin and do well at the international stage in the future."