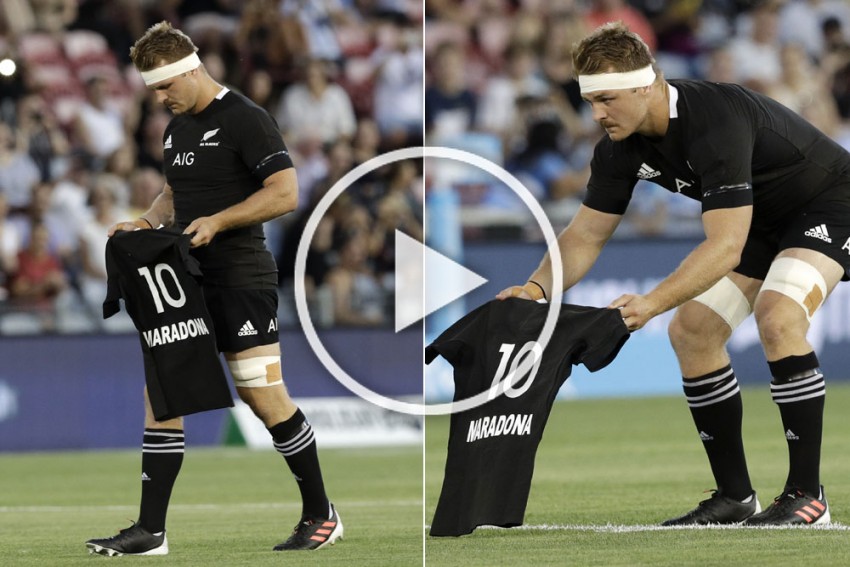 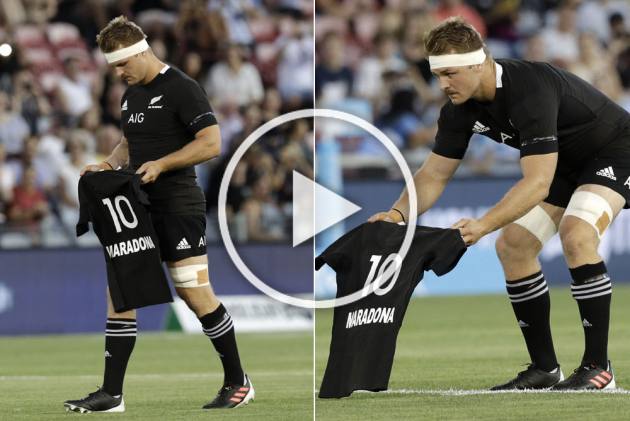 New Zealand presented a signed All Blacks jersey with Diego Maradona's name on the back before Saturday's Tri Nations clash with Argentina. (More Sports News)

Skipper Sam Cane laid the shirt, which bore the number 10, in the middle of the pitch before the side's traditional haka ahead of the match in Newcastle.

It was a touching tribute following the Argentinian legend's death on Wednesday at the age of 60.

Maradona attended numerous Pumas matches and was in England to follow the team's fortunes at the 2015 Rugby World Cup.

A special gesture from the All Blacks to Argentina before tonight's Haka.

His passing marked a three-day period of mourning in his home country, where Maradona was held in the highest esteem.

Tributes have poured in from the world of sport and beyond, with many insisting Maradona – who inspired Argentina to glory at the 1986 World Cup – was the greatest player of all time.