Diego Maradona Doctor Has 'Nothing To Hide' After Police Raid

Police in Buenos Aires are investigating the treatment received by Diego Maradona in the weeks before his death. 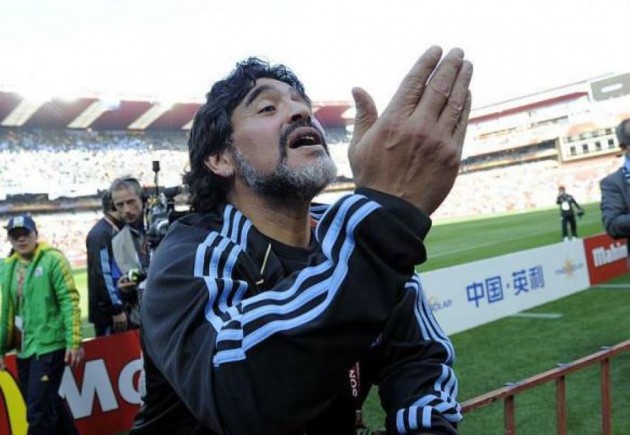 Diego Maradona's doctor insists he has "nothing to hide" and is "proud" of the treatment he administered to the late football star.

Police in Buenos Aires were sent to the home and private clinic of Leopoldo Luque and collected files as prosecutors launched an investigation into the circumstances around Maradona's death.

The 60-year-old Argentina and Napoli great died of a reported heart attack at his home this week, where he was recuperating following successful surgery to remove a blood clot on his brain earlier in November.

Dr Luque told reporters on Sunday he had the backing of his professional body, the Argentine Society of Neurosurgery.

He also detailed how Maradona, who struggled with alcohol and drug dependency issues, took the decision to undertake his rehabilitation from home.

"We were all gathered to see the best for Diego: the doctors, myself, his family. Nothing could be done without his will," Dr Luque said.

"We sought to put together a containment scheme for the issue of the pills he was taking and to control alcohol consumption.

"There were no medical criteria [to keep Maradona in hospital]. We could have taken him to a rehabilitation centre, but we needed Diego's okay. It was his decision.

"Here there are no decisions, there are medical criteria. When you operate on a patient, the discharge criteria depend on the patient. There wasn't a doctor error.

"He had a heart problem that can happen in a patient like him. Everything possible was done to reduce that chance, but you cannot block the possibility.

"I had the full endorsement of the Argentine Society of Neurosurgery that Diego needed the surgery. Six doctors evaluated him. Death had nothing to do with [the surgery]."

Dr Luque added: "He was discharged after surgery. The ideal thing would have been for him to undergo rehabilitation, but he did not want to. We managed to get a nurse to accompany him, but he had the medical discharge.

"We tried to keep him in the clinic, but it is not a rehab centre. I extended the hospitalisation as long as I could.

"I am at the disposal of the justice department. With Diego, I did the best I could. I am proud of what I did. I have nothing to hide."

Maradona's lawyer Matias Morla said on Thursday he would ask for a full investigation into his client's death, claiming in a Twitter post that a wait of more than half an hour for an ambulance was tantamount to "criminal idiocy".

There has been a huge, nationwide outpouring of sympathy for the much-loved Maradona following the death of the man who inimitably captained Argentina to World Cup glory in 1986.

On Sunday, Barcelona superstar Lionel Messi paid tribute to his compatriot after he scored in a 4-0 LaLiga win over Osasuna.