Diego Maradona, 60, underwent an operation for a subdural haematoma on Tuesday. 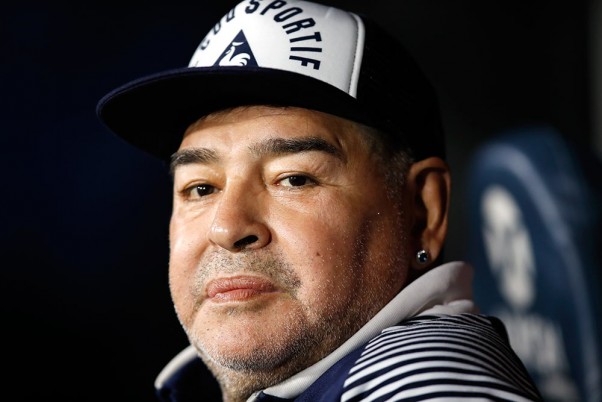 Diego Maradona's brain surgery was a success and the Argentina great is recovering, according to his personal doctor Leopoldo Luque.

The former Argentina and Napoli superstar was admitted to Ipensa clinic in La Plata on Monday due to concerns over anemia and dehydration, before being transferred to Olivos Clinic in Buenos Aires province.

"I was able to evacuate the hematoma successfully and Diego tolerated the surgery very well," Luque told reporters following the emergency procedure.

"Diego is under control. He has a small drain [to remove fluid] that we are planning to take out tomorrow. His stay at the hospital will depend on his evolution.

"But the start of his recovery was great. The way he reacted after the surgery is promising."

He appeared in a fragile state when he briefly made an appearance as his Gimnasia side played a match on the evening of his birthday last Friday.

Gimnasia won their opening game 3-0 at home to Patronato.