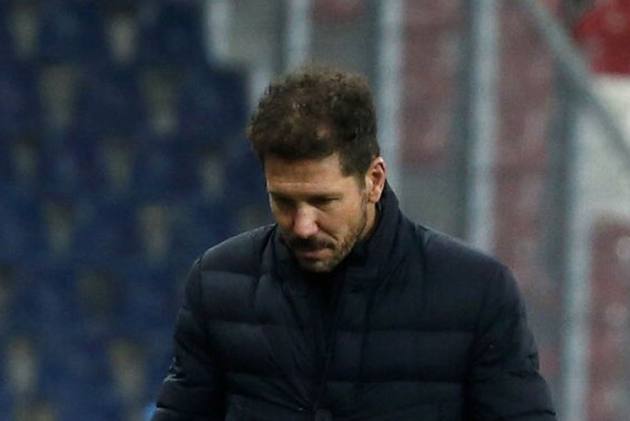 Diego Simeone called upon his Atletico Madrid players to be "constantly prepared" going into the second half of the season and warned of the "traps" that lie in store as they aim to win their first LaLiga title since 2014. (More Football News)

Luis Suarez scored in the 90th minute to earn Simeone's men a 2-1 victory over Deportivo Alaves on Sunday, extending their domestic winning streak to four matches and moving them two points clear of nearest rivals Real Madrid, who have played two games more.

Asked to assess his side's performance after 15 games of the season, Simeone said he expects the challenge of staying at the top of the table to be one of increasing difficulty.

"We understand that the league is complex," Simeone told reporters. "It is difficult, it has traps, you have to be constantly prepared.

"You cannot leave room to relax, because all the teams want to win. We are going to start the second round shortly and it will not be with the same calm that one perhaps plays the first round.

"The second round will be tougher, with the teams that want to save themselves and those that want to fight to enter the Europa League and the Champions League. It alerts us to the fact that the only way to play is match-by-match."

The boss talks about the way forward.

Suarez provided the assist for Atletico's opener, scored by Marcos Llorente, and the visitors were given a further boost when Victor Laguardia was sent-off after 63 minutes.

But Alaves levelled the match six minutes from time when Felipe put into his own net, only for Suarez to come up with a late winner.

Simeone expressed his satisfaction with the way his side ended the game, picking out second-half substitutes Saul Niguez and Joao Felix for praise.

"The most beautiful thing about tonight was how the game ended," said Simeone. "Not getting nervous, looking to play together.

"And the goal was a great goal, a very good play by Saul with [Thomas] Lemar and Joao, defining the nine where it should be.

"I understood that the game lasts 90 minutes and having important players also waiting for what might happen is a useful strategy.

"I'm very happy for a victory that we worked very hard for."