Do Indian Cricketers Know The Right Time To Retire, Gracefully? 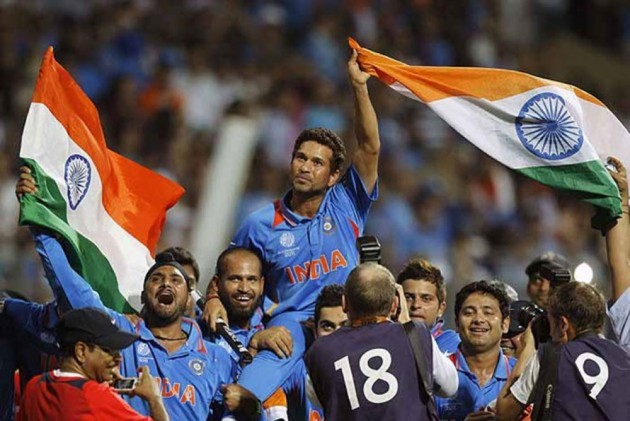 A few get it right but quite a few others struggle with the timing when it comes to the dreaded 'R-word' in the star-spangled firmament of Indian cricket. (More Cricket News)

The continued suspense over Mahendra Singh Dhoni's future has revived the debate on whether the biggest icons in Indian cricket know when the time is right to bow out of the scene gracefully.

Also Read: Kohli Clears The Air On His Dhoni Tweet

The 38-year-old Dhoni has been on a sabbatical for more than two months now and is unlikely to be available for India assignments even in November.

But there is no word on whether he plans to call it a day from international cricket despite a clamour for it.

"It's highly unlikely that Dhoni will be available against Bangladesh (away series). In BCCI, we prepare a 45-day match schedule (international and domestic), training, anti-doping whereabouts chart for all senior and A team cricketer. There is nothing marked against Dhoni," a BCCI source told PTI.

It has been learnt that Dhoni is also not going to play the Vijay Hazare National One-Day championship for Jharkhand which starts tomorrow.

"I think he (Dhoni) should be going without being pushed out. We need to look beyond Mahendra Singh Dhoni. He, at least, doesn't figure in my team," Sunil Gavaskar recently said as an expert on national television.

But then Gavaskar had always walked the talk as a cricketer.

No one did it better than Gavaskar, who played one of his finest innings in his farewell Test against Pakistan, 96 on a Chinnaswamy "snake pit", where the ball jumped and turned square.

It was 1987 and Gavaskar was 37 but with his impeccable technique, could have well played till the tour of Pakistan in 1989.

But no one knew the "art of leaving" better than Gavaskar, whether on 22 yards or off it. He knew he didn't enjoy it anymore even though he could have still performed banking on his muscle memory.

As the cliche goes, one should retire when people are asking "why" rather than "when", which late Vijay Merchant had once put so succinctly.

But not every great cricketer had a sense of timing like Gavaskar.

Kapil Dev, one of the greatest ever to don the national colours, was a pale shadow of his old self, after the tour of Australia in 1991.

There was a record in sight and Kapil continued despite loss of pace. The then skipper Mohammed Azharuddin would bowl him for a few overs and then go back to his spinners.

There was a feeling in the Indian cricket fraternity that Javagal Srinath, one of the fastest bowlers of his time, lost three years of Test cricket at home as the establishment didn't know how to send the message across to Kapil.

"You start playing at the age of 10, may be make your debut at 20 and go onto play till 35. That's 25 years of your life doing just one thing. You have earned money, your finances are in place but suddenly you don't know what else you are good at. It's not about money but about life's larger picture," a senior India cricketer, who himself is at crossroads, told PTI.

While trying to contact eminent cricketers, one could understand why everyone is cagey while talking about "timing of retirement" as far as Dhoni is concerned.

Gavaskar has addressed the "Elephant in the Room" as far as BCCI and the selection committee is concerned but that's not the case with Dhoni's contemporaries.

Most of them, who don't wish to be quoted, agreed that it is more to do with that one final hurrah that makes them push for it.

"Many times you are dropped and you feel angry. You want to prove a point. You want to retire from the ground. You want your Sachin Tendulkar moment, albeit in a smaller way but with the feeling of warmth and sense of achievement. No one wants that silent goodbye. We live in a bubble and are not adjusted to a quiet self," said another recently-retired cricketer.

If Gavaskar got it totally right and Kapil got it awfully wrong, there are certainly a few, who could read the tell-tale signs when they were nearing an end.

Sourav Ganguly, after those tumultuous years under Greg Chappell, had a great last two years in Test cricket, but when he announced his retirement prior to the 2008 Australia series, one could gauge that he didn't want another trial by fire from the selectors under a new Test captain -- guess who? Mahendra Singh Dhoni.

It was on Dhoni's suggestion that Ganguly and Rahul Dravid were dropped from the ODI side on account of being slow runners between the wickets.

If it came to reading the signals, Dravid was even better. In 2011, he was suddenly called back into the ODI side in the wake of a good Test series show.

A veteran of many battles, Dravid didn't let the Krishnamachari Srikkanth-led committee control his fate and announced that the ODI series will be his last in the limited-overs format.

Six months down the line and one bad Australia away series later, he knew he had nothing left in the tank even though he wouldn't have been dropped.

For Sachin Tendulkar, it was absolutely different as he wasn't getting those hundreds but was still looking good and scoring runs.

The erstwhile chairman of selectors Sandeep Patil later confessed that they did want to have a fresh outlook in ODIs and conveyed the message to Tendulkar, which prompted him to first retire from ODIs in December, 2012.

Virender Sehwag and Gautam Gambhir were two players, who took time to fathom that Indian cricket had moved beyond them and overstayed their invitation.

Mahendra Singh Dhoni has been a huge servant of Indian cricket. But as Sushant Singh Rajput, the reel Dhoni said in the blockbuster 'Untold Story", "We are all servants and we are all doing national duty."