Home  »  Website  »  Sports  »  Don't Be Surprised If You See Political Ads For Parties Like BJP, Congress During IPL 2019

Don't Be Surprised If You See Political Ads For Parties Like BJP, Congress During IPL 2019 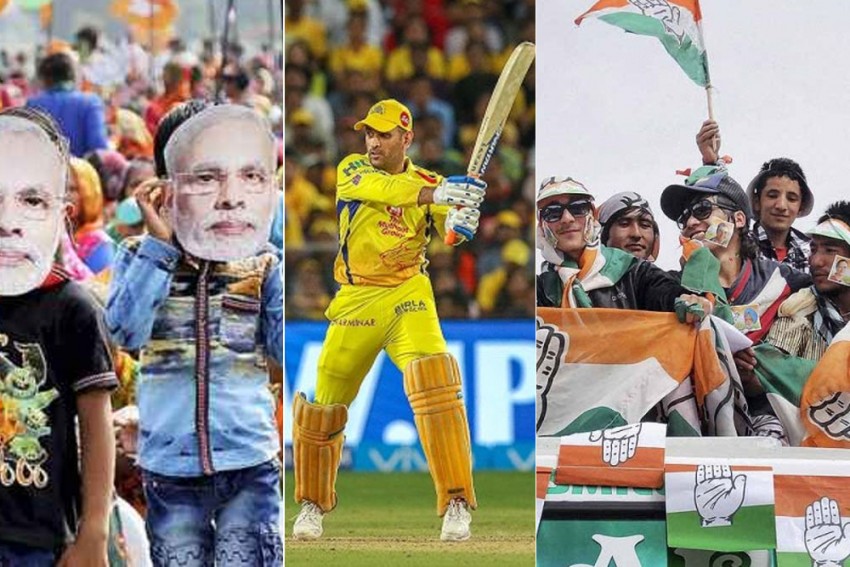 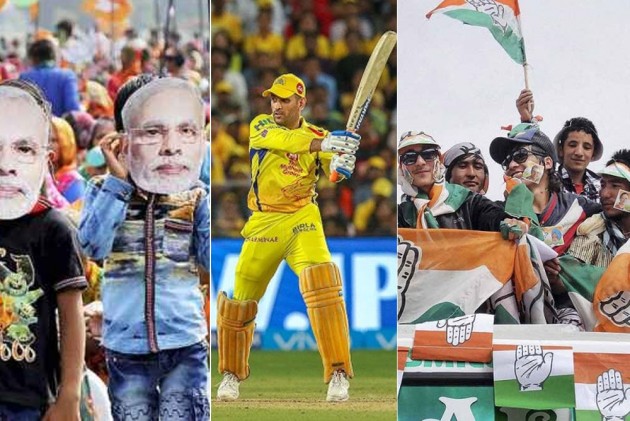 In an election year, anything is possible. For the first time, cricket fans may find themselves watching political advertisements of parties like Bharatiya Janata Party and Congress. And for these parties, there's nothing like Indian Premier League – probably the biggest festival of cricket.

Worried about setting a very bad precedent, the Board of Control for Cricket in India (BCCI) is treading with utter caution because never had the board mixed cricket and politics.

According to an IANS report, BCCI has received a request from IPL's host broadcasters Star wherein they want to show political advertisements during the 12th edition of the cash-rich T20 cricket tournament, which starts March 23.

Speaking to the news agency, sources in the know of developments said that while the chances of the Supreme Court-appointed Committee of Administrators (CoA) which is running the sport in India, approving of Star showing political advertisements during the IPL is close to zilch, the matter will be discussed nevertheless.

"The three-member CoA will meet on Monday and since the request has come in, they will look into what exactly Star is looking at. But, the chance of the committee overturning the earlier stand of the BCCI in this regard is close to zero. The last time the board was approached by the broadcasters to show political ads during the IPL, the BCCI had made it clear that sports and politics must be kept at a distance," the source explained.

A senior BCCI official said that this was an area that needed to be treaded upon with utter caution because never had the board mixed cricket and politics.

"I am not aware if Star has communicated anything of the sort but I do not see the BCCI relenting on this point at all. This would set a very bad precedent and the BCCI has always kept politics away from the game and this was true even when Union Ministers were the decision makers in the BCCI.

"Let it be confirmed first whether such a move is indeed being made since I have known the people at Star and I personally do not think they would be this foolhardy, unless of course they either feel that they could get their way with the help of those seeking political postings once their innings in the BCCI gets over or they are under some pressure," the source told IANS.

What does MRA say?

While the Media Rights Agreement (MRA) between BCCI and Star clearly states that there is no place for political/religious advertisements, the CoA is set to discuss the matter on Monday.

As per the MRA signed between BCCI and Star for a period of five years between 2018 and 2022, "Slotting of any political and/or religious advertisements during transmission is not permitted".

But a senior official at Star India said that while the agreement says otherwise, the broadcasters cannot 'say no' to someone looking to buy spots and must reach out to the board.

"Yes, there has been an approach, despite the MRA stating that we cannot put any political/religious advertisement during the matches. The way it works is that we are a broadcaster and any advertiser in this country has the right to reach out to us and wish to buy spots/sponsorships. We cannot just turn them away. So, if a political party approaches us, we are obliged to seek permission.

"Say, if OPPO comes to us even though VIVO is the title sponsor. We have to offer the same deal to VIVO, but we cannot turn OPPO down. The media team or agency of a political party can say we are interested to advertise during the IPL and you cannot say no, although we have communicated that we aren't allowed to under the current MRA. But you know how it is. They will put pressure on you to at least seek permission and that is what has been done. We are now waiting for BCCI's decision," the official explained.

Is there a need for the broadcaster to oblige?

A senior board functionary refused to buy Star's 'obliged to seek permission' approach and said there was more to this than meets the eye.

"There is absolutely no obligation for Star to seek permission if a political party approaches them. Why would they be obligated? Are they under some pressure? Is there a consideration for that obligation?
What is the performance that they would demand from the party to whom they are obligated? When the terms of the contract are crystal clear, how can they ask for this relief from the BCCI? There is more to this than meets the eye," the functionary said.

Another former office-bearer said that the OPPO and VIVO example doesn't hold ground.

"The OPPO and VIVO example doesn't hold any water whatsoever. Is there any specific bar under the agreement that specifically prohibits advertising of companies that manufacture cell phones?" he enquired.

When are the elections, by the way?

Meanwhile, dates for Lok Sabha and some state Assembly elections have been announced by Chief Elections Commissioner (CEC) Sunil Arora.

Elections for the 17th Lok Sabha will be held in seven phases, starting April 11 and continue till May 19. The counting will be held on May 23.

Nearly 90 crore voters will be eligible to vote for 543 Lok Sabha constituencies across the country.