With Tokyo Olympics upon us, it is the time to remain positive and look forward to the competition in spite of the pandemic and the challenges it has brought upon the athletes travelling to Japan. In this hockey flashback piece, I will like to recall some interesting anecdotes from my first Olympic Games in 1992 and how the Indian men’s hockey team missed out on a semi-final berth at the 2000 Sydney Olympics. Defeats and setbacks teach us lessons and the faster we learn, the better it is. (More Sports News)

Having made my India debut in 1989, I was picked in the 1992 Olympic squad coached by Balkrishan Singh. I was a junior in the team. Ajit Lakra and I were probably the youngest players in that squad for the 1992 Barcelona Olympics.

READ: Blast From The Past - Dhyan Chand's Captaincy Test In Nazi Germany

It was always my dream to play at the Olympics. I really worked hard for that. From 1989 onwards, people had started recognising me. In 1989, I played the Asia Cup in Delhi (where India won silver) and after that, we went to the Netherlands where I really made a mark. I think we beat Pakistan 4-2. It was a good tournament for me and from there on I never looked back.

I played right-out and centre forward. I looked up to Jude (Felix) a lot. He was a very stylish player, I used to watch his game before I came into the Indian team. Jude played for Southern Railways, and to be part of the Indian team consisting of such great players was a great experience.Pargat Singh was a very strict captain and always serious during practice. There were times when he would even scold us if we slacked. 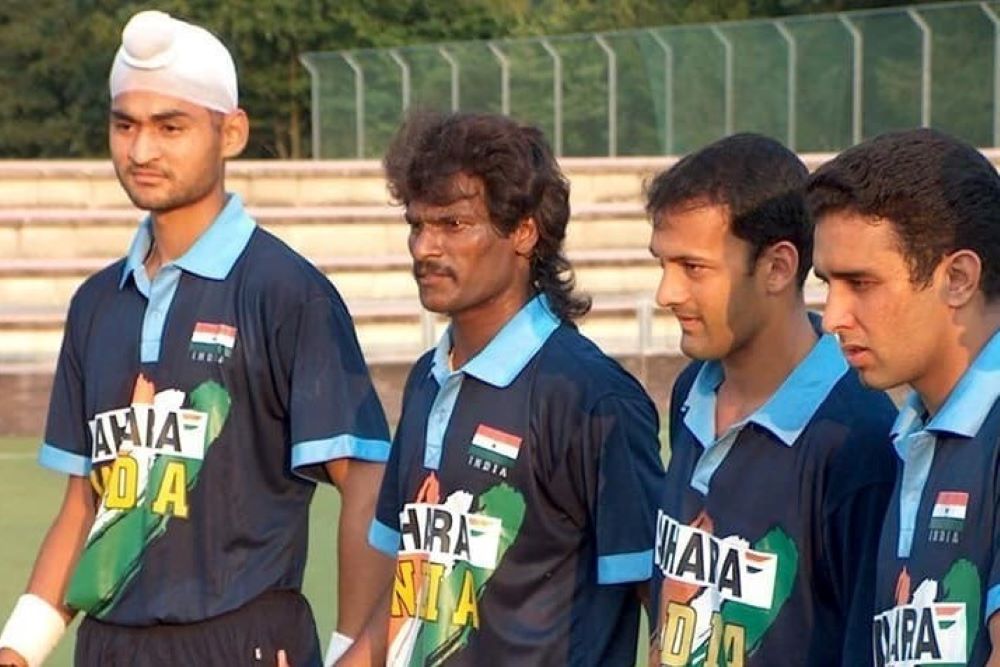 Dhanraj Pillay was lethal with his dribbling skills and speed. But he never won an Olympic medal. Image Courtesy: Dhanraj Pillay

Even though India had a dismal outing in Barcelona and in Atlanta Olympics where we lost our classification matches to South Korea (6-8 tiebreaker) and Great Britain (3-4), the closest we came to a semi-final berth was at the Sydney Olympics in 2000. But a 1-1 draw against Poland in the league stage put an end to India's hopes yet again.

The night before a match, I always had the habit of visualising my game. How I would receive the ball from Baljit Singh Dhillon or Mukesh Kumar. I would visualise the ground and the players. If I can't score, then how I can make a penalty corner (PC). Those days, even crosses used to be very important in the game.

Against Poland, we were confident of winning by three goals. There was slight rain that day during the match and I feel that hampered our plans too. Even a 2-2 draw would have put us in the semis. But with 1.46 mins left, Poland scored an equaliser. We got two chances before the final whistle, but we couldn't convert. It was agonising.

Our fourth attempt at Olympic glory at the Athens Olympics in 2004 too ended in a disappointment with the team facing several hurdles in the lead-up as well as in the tournament where the team struggled with injuries. Three defeats in the opening four group matches effectively put India out of contention.

Our only win was against South Africa and worse still was India's loss against rivals Pakistan in the classification playoff before a 5-2 win against Korea to finish seventh.

I think the mistake we did at every Olympic Games was that we went with the mind set of aiming for the final instead of taking it match-by-match. Though we had the best teams each time, things did not materialise for us to finish on the podium.

I am optimistic that India can break the 41-year-old jinx in Tokyo 2020. I am very confident Manpreet Singh’s they will do it this time. The Indian team has been doing well and fitness is their biggest asset. In those days, we didn't have the kind of support system they have now.

This team has done wonders, won hearts of millions of fans with their recent performances particularly the Champions Trophy (in 2016 and 2018) and the FIH World League Finals (2015 and 2017) results give us lot of hope.

Since I live in Bangalore, I would have loved to meet the teams training at the SAI campus. But due to the COVID protocols, I have sent personal letters to Manpreet Singh and Rani wishing their teams luck. The players should be careful about their diet when they are in the Olympic Village in Tokyo. They should enjoy the best part of their life of a sportsperson by being calm and relaxed.

To both the men and women's teams, I want to say, don't think about the podium finish. Go match-by-match and stick together as one unit right until the last day, the last match of the tournament.