Don't Want To Be 'Pigeon-Holed As A White-Ball Cricketer': England's Sam Billings

Sam Billings has never played a Test for England but featured in 15 ODIs and 26 T20Is before a shoulder injury robbed him of chance to be a part of his team's historic victory in the 50-over World Cup last year. 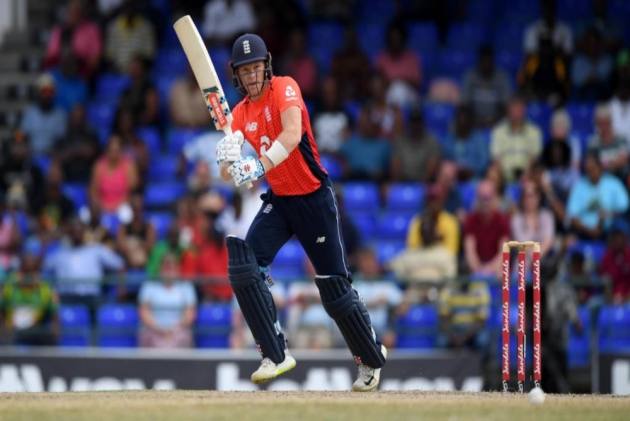 England wicketkeeper-batsman Sam Billings says he doesn't want to be "pigeon-holed as a white-ball cricketer" and has a renewed desire to come good in the Test format, an ambition that took a backseat when he decided to play IPL early in his career.

The 28-year-old has never played a Test for England but featured in 15 ODIs and 26 T20Is before a shoulder injury robbed him of chance to be a part of his team's historic victory in the 50-over World Cup last year.

"There's no one else to blame apart from me really for that (white-ball typecasting)," Billings told ESPNcricinfo.

"I think there are opportunities in the Test team as well, especially as a batter and also in the wicket-keeping position. I find that really exciting. I don't want to just be pigeon-holed as a white-ball player. I'm better than that," he asserted.

Billings spoke about a change in mindset after competing in the IPL.

"I played four IPLs and you're not going to turn down an opportunity like that as a young player in terms of a chance to develop – especially as there was no financial gain in the first two years. For me, I saw it purely as an opportunity as I went for base price to Delhi (Rs 30 lakh in 2016).

"Obviously four-day cricket had to take a back seat at that point in time and I just didn't play anywhere near enough cricket. That's where my mindset has changed a little bit."

After returning to action, Billings managed just 34 runs in five T20 innings against New Zealand and was dropped from white-ball squads for South Africa tour early this year.

He could play a few matches for Kent and he made it count by scoring three hundreds in consecutive Championship innings, including two in a match against Yorkshire at Headingley.

Following the omission from South Africa tour, Billings decided not to put his name forward for any T20 franchise and was looking forward to the 2020 season with Kent before the COVID-19 pandemic delayed it.

"But it was only when I really proved it to myself last year that that came back to the forefront of my mind," Billings said.

He said his performance in the championship last year brought "a big turning point" and ignited his ambition to play the traditional format.

"I want to play Test cricket. That is a big goal of mine," he said.