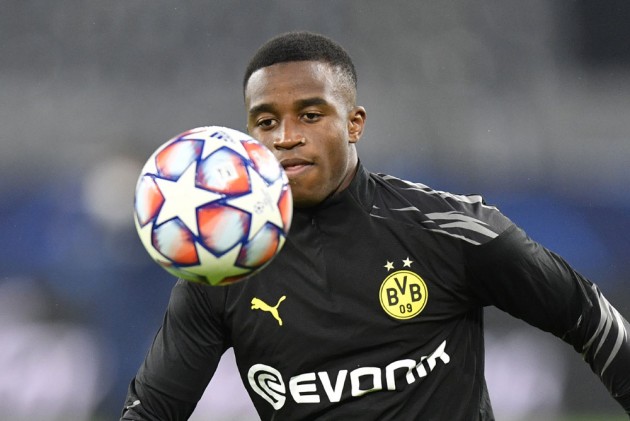 Borussia Dortmund sensation Youssoufa Moukoko has become the youngest player to ever feature in the Champions League. (More Football News)

Moukoko wrote his name into the Bundesliga history books when making his debut in a 5-2 win over Hertha Berlin on November 21, going on to make a further two substitute appearances from the bench in the top flight.

After staying on the bench for the duration of Dortmund's games against Club Brugge and Lazio, Moukoko has now set another record after coming on as a 58th-minute substitute in Tuesday's clash with Zenit St Petersburg, with Lucien Favre's side 2-1 up.

At 16 years and 18 days old, he has surpassed the record set by Celestine Babayaro, who was 16 years and 87 days when starting for Anderlecht against Steaua Bucharest in the 1994-95 group stage.

The list excludes Champions League qualifying matches, where Martin Odegaard holds the record at 15 years and 212 days for Stromsgodset in July 2014.

Moukoko had long been considered an immense prospect in the Dortmund academy having toppled numerous goalscoring records, including a haul of 34 strikes from 20 games in the Bundesliga's youth division last season.

Speaking after Moukoko made his debut, team-mate Erling Haaland told ESPN: "I think he's the biggest talent in the world right now.

"Sixteen years and one day, that's quite amazing. He has a big career ahead of him."