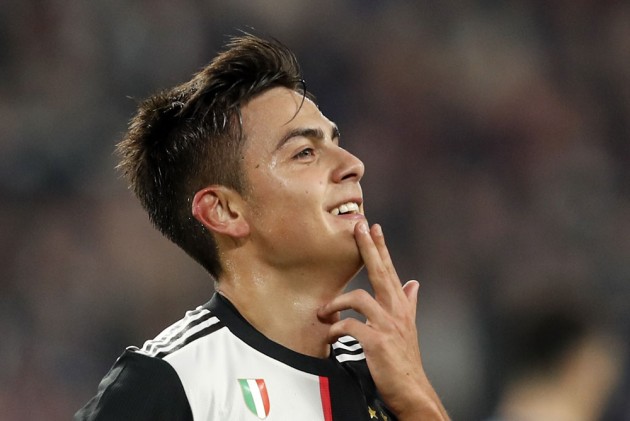 The Brazil international mentioned Dybala above five-time Ballon d'Or winner Ronaldo when asked by a fan during an Instagram Live session.

"The strongest team-mate is Paulino [Dybala]," he said.

Costa has played alongside Dybala since first joining Juve on loan from Bayern Munich in 2017.

Ronaldo moved to Turin a year later in a deal worth €112million.

Costa's most pressing concern for now is returning to Italy from Brazil, where he has been spending time during the suspension of the Serie A season.

Italy's top flight has been on hold indefinitely since March due to the coronavirus pandemic but there are plans to allow clubs to resume training from May 4.

On Tuesday, Lega Serie A announced a unanimous agreement from clubs to complete the 2019-20 season, despite reports of opposition from teams including Torino and Sampdoria.

"I hope to return to Italy soon," Costa said. "I can't wait to return, partly because I don't know what to do here anymore."

Juve were a point clear of Lazio at the top of Serie A with 12 games to play when the season was paused.