Dream11 is one of India's leading fantasy sports operators and a major partner of the Indian cricket Board (BCCI) and sponsors several IPL teams. 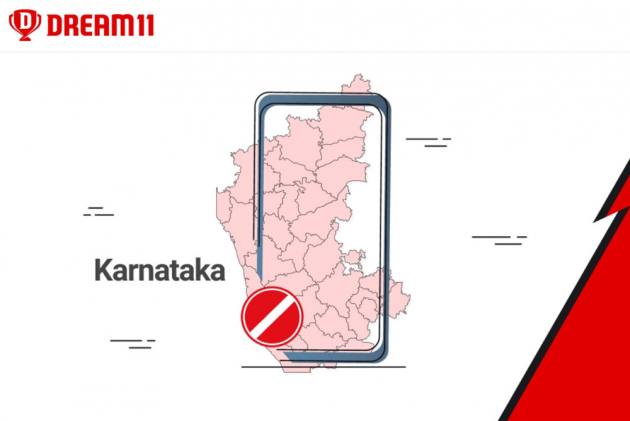 After choosing to ignore the ban on online gaming by the Karnataka government, Dream11, India's top fantasy operator, has withdrawn its services from Sunday afternoon. The ban came into force on October 5. (More Cricket News)

Dream11's withdrawal comes at the business end of the Indian Premier League 2021. The first qualifier between Delhi Capitals vs Chennai Super Kings will be played in Dubai tonight. The winner will play the final on October 15.

In a message posted on Twitter Sunday afternoon, fantasy cricket operators Dream11 said: "... following the recent media coverage, our Karnataka users have expressed deep concerns and anxiety on their safety and security. In order to allay our users' concerns, we have decided to suspend operations in Karnataka."

Dream11 clarified: "From 1pm IST on 10th October 2021, any Karnataka residents will not be allowed to participate in pay-to-play contests on Dream11. You can, however, continue participating in free-to-play contests."

The company also said: "We want to assure you that your account balance is always safe on Dream11. If you have winnings that you would like to withdraw, you can verify your account and place a withdrawal request by 23rd October, 2021."

This will come as a big relief to several Dream11 app users who had been seeking clarity from the operator ever since the ban came into play but never got a definite reply.

Users were particularly confused since major operators like MPL, Paytm First Games and My11Circle had blocked their apps in Karnataka.

Interestingly, another popular app, MyTeam11, was also operating in Karnataka in spite of the ban. This app is endorsed by former cricket star Virender Sehwag and promised "crores in winnings." Following the Dream11 withdrawal, MyTeam11 followed suit, telling Outlook on Sunday evening, "After recent media coverage of the issue, our users have started expressing concern and for us our users’ opinion matters the most."

The Dream11 withdrawal also comes hot on the heels of an FIR that was filed in Bengaluru on Friday. The FIR, filed by a cab driver named Manjunath, accused Dream11 cofounders Harsh Jain and Bhavit Sheth for breaking the new law that prohibits online games that involved stakes (money).

Dream11's message posted on Twitter has been tagged to Karnataka chief minister Basavaraj Bommai and the state's Home minister Araga Jnanendra, who said the FIR to book the law-breakers was a "big win" in the government's fight against online gaming. As per reports, Dream11 said the FIR was "motivated" and was considering legal options.

The happenings in last few days have reflected poorly on the online gaming industry which is increasingly looking fragmented. While it has certainly sullied Dream11's brand image, it has left operators and close to 80 million real money gaming users in the lurch.

Not only due to the lack of a credible and trustworthy association and several grey areas in the law, one-upmanship has left operators doubting each other's intention and business ethics.