Reddy, who has 4,700 runs in 68 first-class matches with 14 tons, hit 17 fours and 3 sixes from the 248 balls he faced as India Green dominated the first day of their Duleep Trophy match against India Red 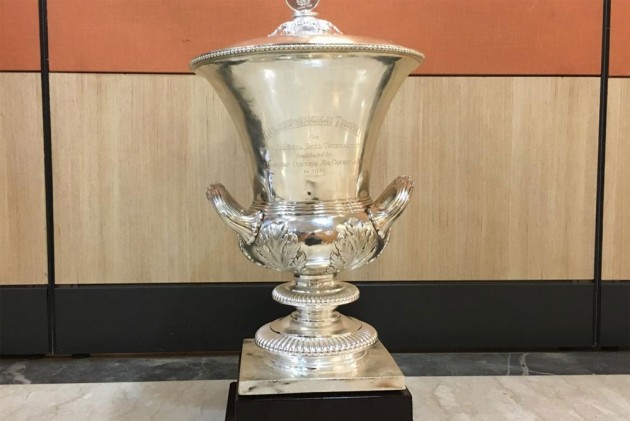 Hyderabad right-hander P Akshath Reddy hit a superb 146 as India Green dominated proceedings on the opening day of their Duleep Trophy match against India Red, reaching 308 for 4 at stumps, at Bengaluru on Thursday. (More Cricket News)

India Green captain Faiz Fazal won the toss and opted to bat in the final league match and his side got off to a confident start.

Reddy and Fazal put on 41 runs before the India Green captain fell to Avesh Khan, going for a pull to be caught at fine-leg by Sandeep Warrier for 18 (40 balls, 3x4).

Reddy, who was joined by Delhi batsman Dhruv Shorey, grew in confidence and the duo took India Green to 114 for one at lunch. Reddy reached his half-century from 90 balls.

This brought Reddy and Mumbai's Siddhesh Lad together and they were involved in a fruitful 137-run partnership for the third wicket as both played lovely shots on both sides of the wicket.

Reddy completed his 100 with a boundary off Aditya Sarwate and continued to keep the scoreboard moving, with some superb shots.

Wakhare struck again in the 84th over, by getting rid of the centurion Reddy, having him caught by Mahipal Lomor.

For India Red, Avesh Khan and Wakhare finished with two wickets each among the six bowlers used by captain Priyank Panchal.

India Red (3 points before this game) have already booked a spot in the final to be played at the M Chinnaswamy stadium here from September 4.