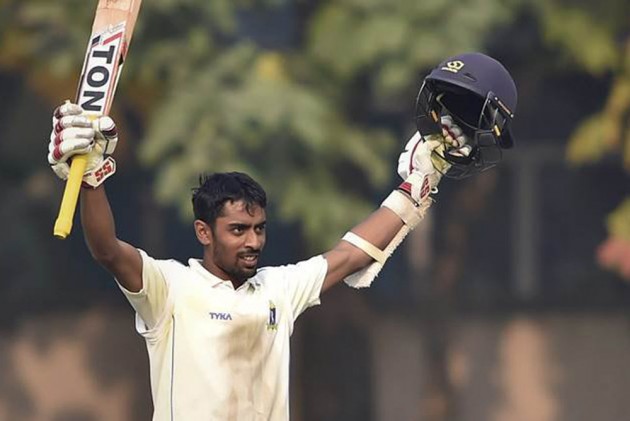 Bengal right-hander Abhimanyu Easwaran staked his claim for a place in the senior side with a 153-run knock as India Red marched towards the title by building a 114-run lead over India Green at stumps on day three of the Duleep Trophy on Friday.

Aditya Sarvate (30 batting) and Jaydev Unadkat (10 batting) were at the crease at the draw of stumps.

Resuming at the overnight score of 175 for 2, opener Easwaran led the India Red reply with a fine display of batting.

Easwaran himself fell to Tanveer ul-Haq after India Red extended their lead to 34 runs.

The dashing Ishan Kishan hit six boundaries in his knock of 39 off 56 balls but snicked one to wicketkeeper Akshay Wadkar off Rajpoot, just when he looked good for more. He added 61 runs with Sarwate for the sixth wicket.

The lanky Rajpoot was the best bowler for India Green, capturing three wickets including that of Easwaran but the others could not make much of an impression on the rival batsmen.

Earlier, leggie Mayank Markande came to India Green's rescue with the bat with a gutsy knock of 76 not out (121 balls) to help India Green reach 231 after being 112 for 8 at one stage.