The rain resulted in a wet outfield and the conditions didn't improve through the day, forcing the officials to call off the Duleep Trophy opener between India Blue and India Green at Bengaluru without a ball being bowled for the second straight day 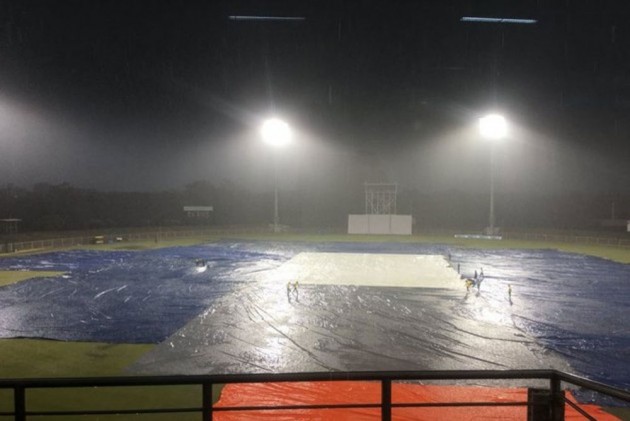 The rain resulted in a wet outfield and the conditions didn't improve through the day, forcing the officials to call off play without a ball being bowled for the second straight day.

The second day's proceedings on Sunday had been washed out due to wet ground conditions.

With only 49 overs having been bowled so far and no innings completed, the match is headed for a stalemate.

India Green had reduced India Blue to 112 for 6 in 49 overs on a truncated opening day on Saturday.

India Green captain Faiz Fazal won the toss and elected to field as play started mid-way into the second session.

The in-form Ruturaj Gaikwad struck 30 off 63 balls before he was bowled by Tanveer Ul-Haq (2/36).