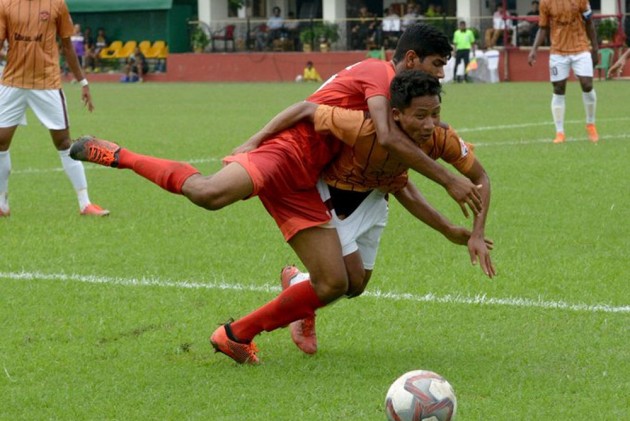 Gokulam Kerala FC and FC Goa won against their respective opponents to maintain their winning momentum in the 129th Durand Cup in Kolkata on Wednesday. (FOOTBALL NEWS)

Gokulam Kerala's Trinidad and Tobago playmaker Marcus Joseph once again did the maximum damage, striking a double (43rd, 87th) while Shibil Muhammed scored in the 56th minute to fashion a 3-0 win over Indian Air Force at the Sailen Manna Stadium in Howrah.

Joseph struck a hat-trick in their 4-0 win over Indian Super League franchise Chennaiyin FC, their second successive win taking them to the top of the Group D table.

A draw against I-League debutants from Manipur, TRAU FC, on August 18 will be enough for the Kerala outfit to seal a semifinal berth.

Meanwhile, FC Goa developmental's outfit also remained in the hunt for a semifinal berth from Group C, securing a hard-fought 2-1 win over Chennai City FC, who are fielding a reserve side.

The Goan ISL franchise are now level with Real Kashmir FC with six points each and their result on August 17 will determine the semifinalists from Group C.

Liston Colaco drew the first blood to give the Goans an eighth-minute lead but Mashoor Shereef restored parity in the 16th minute.

Nestor Dias struck the winning goal for FC Goa in the 30th minute to give them their second successive victory.

In their opening match, the Goans had defeated defending champions Army Green 1-0.