Mohammedan Sporting, who were the first civilian club to win Asia's oldest football tournament in 1940, have won the title twice, the last being in 2013. 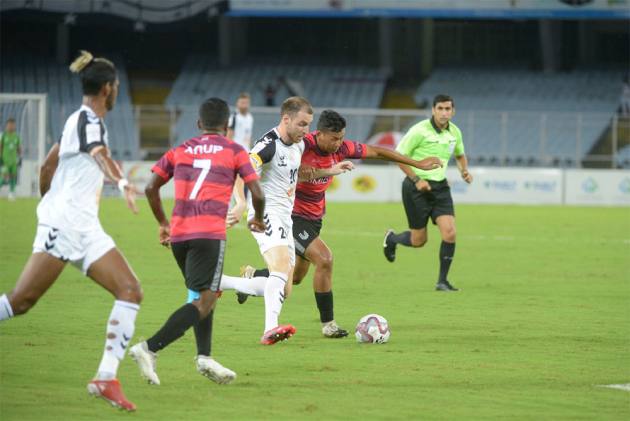 Mohammedan Sporting struck twice in the extra time to eke out a tense 4-2 win over a fighting FC Bengaluru United and storm into the Durand Cup final in Kolkata on Monday. (More Football News)

Following a 2-2 stalemate in regulation time that saw the Bengaluru outfit go down to 10 men, substitute Brandon Vanlalremdika (103rd minute) put the local favourites in front.

Seven minutes later, it was their Serbian captain Nikola Stojanovic who put an end to the 120-minute thriller, guiding Mohammedan Sporting to their fifth final appearance, and first since 2013.

Mohammedan Sporting, who were the first civilian club to win the Asia's oldest football tournament in 1940, have won the title twice, the last being in 2013.

The only local team in the tournament will face the winners of FC Goa and Bengaluru FC in the summit clash on October 3.

In front of a 25,000-plus crowd who were allowed for the second time in this tournament, Mohammedan Sporting were in for a shock with Bengaluru United scoring moments after the match began.

Pedro Manzi fired Bengaluru United ahead in the first 20 seconds — one of the fastest goals in the history of the tournament — to stun the local crowd.

But it took nine minutes for the Black Panthers to bring it level with Marcus Joseph showing superb dribbling skills before finishing from a narrow angle.

The Trinidadian, who was adjudged man-of-the-match, set it up for Faisal Ali in the 38th minute to make it 2-1 but the Black Panthers did not have an easy ride as local boy Kingshuk Debnath equalised for the Bengaluru side (78th) to bring the match on an even keel.

There was more drama in store after Manzi was sent off after trying his version of ‘hand of God’ in the 90+1st minute, something that proved to be crucial for the visitors in the ensuing extra time.

The change which made all the difference though was the one made by MDSP gaffer Andrey Chernyshov in the 83rd minute when he had brought on the Mizoram winger Brandon Vanlalremdika to replace Shaikh Faiaz on the right.

The diminutive winger Brandon was in his element as he deceived two defenders with his clever dribbling skills and finished it from an acute angle.

The final goal of the contest was fittingly scored by Stojanovic who blasted a penalty past Kunzang Bhutia in the 110th minute of the game for a resounding score line for his team.