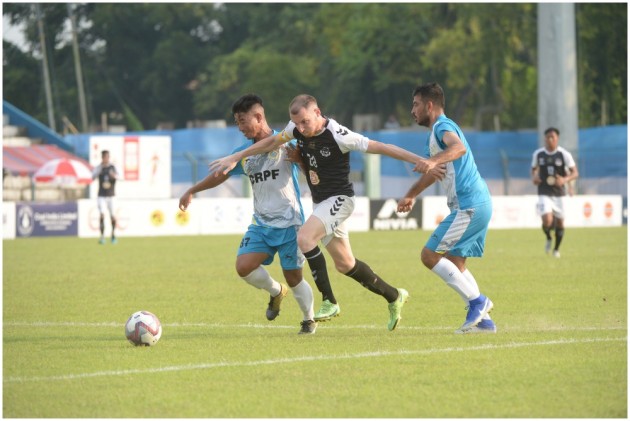 Two-time former champions Mohammedan Sporting overwhelmed Central Reserve Police Force 5-1 in a Group A match to qualify for the quarterfinals of the 130th Durand Cup at the Kalyani Stadium on Friday. (More Football News)

Azharuddin Mallick gave the Black and White’s an early lead in the first half and then scored a second goal just minutes from close, while Trinidadian striker Marcus Joseph, last edition's top scorer, got two in two minutes in the second, to ensure a smooth passage for their team into the last eight.

Dashpreet got one back for the Central Reserve Policemen in added time, while substitute Brandon added a fifth for Mohammedan Sporting a minute later. FC Bengaluru United (FCBU) were the first team from the group to qualify for the knockouts when they logged six points from two games after beating Indian Air Force 4-2 at the same venue on Thursday.

Mohammedan Sporting did the same, after having won 4-1 against the Airmen in the tournament opener. The two teams will clash in their third and final game to determine group standings on Tuesday.

In another match, Deepak Singh scored a brace as Army Green earned three valuable points and kept their hopes alive with a 3-1 win over Jamshedpur FC in a Group B game at the Mohun Bagan ground. Deepak Singh (43rd, 48th) and Sochin Chhetri (57th) were the goalscorers for Army Green, while Jitendra Singh (61st) sounded the board for Jamshedpur FC.