With the defeat in the swansong game for Dwyane Bravo and probably also for Chris Gayle, West Indies are likely to miss out on direct qualification for next year's World Cup. 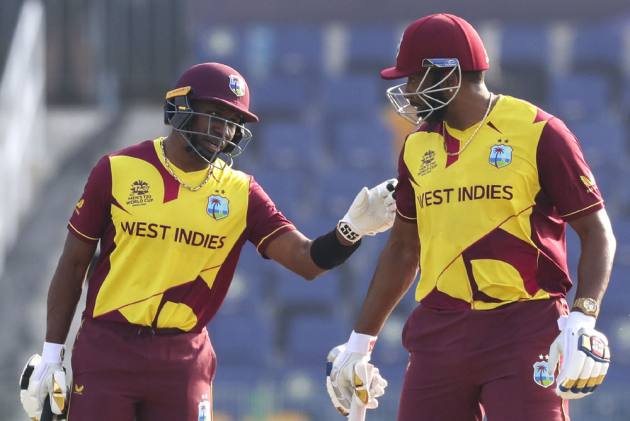 Disappointed at crashing out of the T20 World Cup with just one win from five matches, West Indies skipper Kieron Pollard on Saturday admitted that it's the "end of a generation" for the Caribbeans and they need to start from scratch to build a world-beating side.

Veteran opener David Warner produced a feisty unbeaten 89 as Australia recorded a facile eight-wicket win over the West Indies to stay alive in the semifinal race at the showpiece.

With the defeat in the swansong game for Dwyane Bravo and probably also for Chris Gayle, West Indies are likely to miss out on direct qualification for next year's World Cup. They will drop out of top-8 after Saturday's defeat.

"Overall it's been a disappointing campaign. In terms of the batting we have not done well at all. Our bowling has been decent but not good enough. It's the end of a generation, we have some guys who have done good things for T20 cricket in our team and around the world," Pollard said at the post-match presentation.

"We as people are very proud. We have to look at the way we play T20 cricket. What we've seen is that one guy in the top four has to bat as long as possible. Going forward need to do that better. We have to start from a foundation now," Pollard said at the post-match press conference."

"It was a really pleasing day. I thought it was going to be a long day the way Evin Lewis played. We held our nerve nicely. The way (Warner) managed his innings, got off to a flyer and allowed Mitch Marsh to get into his innings. He's been a super player for a long time. Can't understand why people doubted him," he said.

"Felt satisfying to be there at the end. The key was to play my natural game. It's about targeting the first two balls and I was able to do that," said Warner.

"(Our bowlers) have been outstanding. We knew they would come out hard against us. We know the firepower West Indies have and got to a very competitive total."

Warner also paid his tribute to the retiring duo of Dwayne Bravo and Chris Gayle, saying they have set a benchmark for the future generation.

"DJ (Bravo) has been a benchmark for all players coming through, and Chris, he's someone I look up to."