Edinson Cavani looks set to join Manchester United, but he is a striker with plenty to prove again after a poor 2019-20 season at PSG 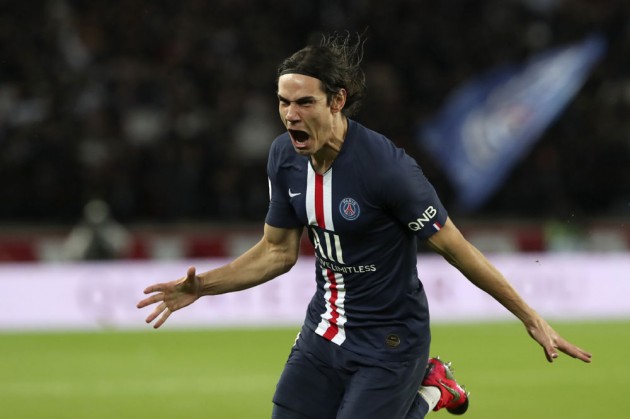 The Uruguayan spent seven years at the Parc des Princes, scoring 200 goals before being released at the end of the 2019-20 season.

By the time of his exit, Cavani had become a bit-part player for PSG, with data suggesting he had become less of a goal threat.

Here is a look at how the man known as 'El Matador' may have lost some of his killer instinct as United reportedly look to add him to their stable of strikers.

Cavani no longer a 'big-chance' predator?

In seven starts and seven appearances as a substitute last season in Ligue 1, Cavani had 20 goalscoring opportunities defined by Opta as 'big chances'.

Worryingly, he scored just four of those, with his 16 big chances missed the second highest total of all players in the French top flight.

His team-mate Kylian Mbappe was perhaps surprisingly at the top of that list, but Mbappe's 18 goals countered the negative effect of his 19 missed big chances.

It hasn't always been this way

Cavani may simply have had a dud season from which he can recover. Being in and out of the team, with his future unclear, might have been clouding his thinking on and off the pitch.

Certainly, his longer-term record at PSG was beyond reproach.

In each of those campaigns he was a far more regular starter, but the presence of Neymar, Mbappe and Mauro Icardi pushed Cavani towards the fringes, resulting in his exit and sudden availability as a free agent.

United manager Ole Gunnar Solskjaer clearly thinks Cavani can be a strong spearhead in a team that arguably lacks a classic penalty-box predator.

Marcus Rashford and Anthony Martial were the top scorers for United last season with 17 Premier League goals each, and both had handy records when it came to the big chances.

England international Rashford netted 16 and missed 13 of those chances for a 55.17 per cent success rate, according to Opta, while French forward Martial scored nine and missed 10.

Cavani may turn out to be an upgrade on Odion Ighalo, who failed to score in his 11 Premier League appearances last term, all off the bench, and missed all four of his big chances.

Whether he can be more than that, and rediscover the form that made him so feared in much of his PSG career, hinges on Cavani's ability to show his final season in Paris was a blip.

Like his long-time Uruguay striker partner Luis Suarez, Cavani has found himself at a career crossroads. At the age of 33, he suddenly finds himself looking to make a new start.

Atletico Madrid and Suarez look a convenient fit, and United must hope they and Cavani prove similarly well matched. Reputations can hinge on deals such as this coming off.