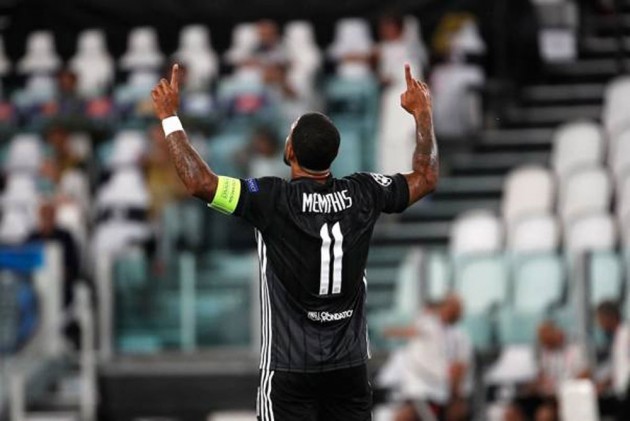 It looks like being a manic Monday as clubs across Europe race against the clock to complete deals before the transfer window closes this evening. (More Football News)

A frenzy of activity is expected on deadline day, with clubs eager to strengthen or offload players while they can.

Edinson Cavani is on the verge of joining Manchester United, while Memphis Depay could be on his way to Barcelona.

We look at some of the standout deals that may or may not go through before the window shuts.

United have been unable to land number one target Jadon Sancho after failing to meet Borussia Dortmund's asking price.

Cavani is expected to arrive at Old Trafford a day after United were mauled 6-1 by Tottenham, the striker is reportedly going to sign a one-year deal with the possibility of a season after leaving Paris-Saint Germain.

Porto left-back Alex Telles is also poised to join Ole Gunnar Solskjaer's side for an initial fee of €15 million (£13.5 million).

Lyon forward Depay has long since been linked with a move to Barcelona and could get his move on deadline day.

Juninho, Lyon's sporting director, suggested Depay could be reunited with former Netherlands boss Ronald Koeman but "nothing is certain".

Former Manchester United man Depay is in the final year of his contract.

Callum Hudson-Odoi was on Bayern's radar, but it appears he will stay at Chelsea after playing in a defeat of Crystal Palace at the weekend.

A return to the Allianz Arena for Costa appears to be in the offing, though, to give Hansi Flick another dangerous attacking threat.

With Costa looking like being on the way out, Juventus want to bring in Federico Chiesa from Fiorentina.

Andrea Pirlo said Juve know what business they want to do and it is no secret Chiesa is a top target.

It was reported over the weekend that a deal is close, with Juve initially taking the 22-year-old on loan with an obligation to sign him for €60million if he achieves performance-related targets.

Lyon midfielder Houssem Aouar may not be on the move on Monday, but he is certainly in demand.

Arsenal have been unable to meet Lyon's valuation of the 22-year-old, who has also been linked with Juve and PSG.

It will surely not be long before Aouar is at one of Europe's elite clubs, although he may be staying put for now.