During the presentation of Camavinga, analyst Lorena Gonzalez was heard off-camera saying 'this guy is blacker than his suit' 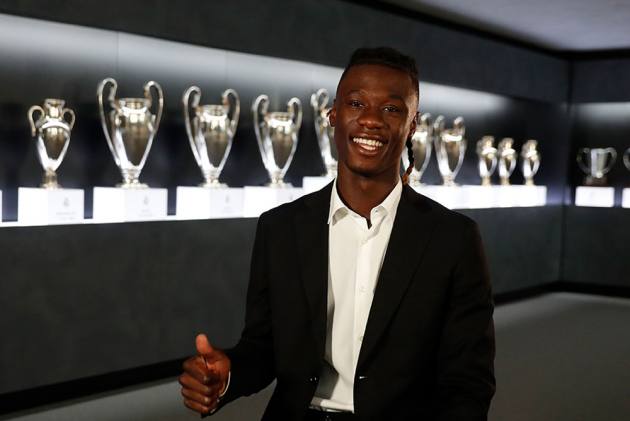 During Wednesday’s presentation of Camavinga, analyst Lorena González was heard off camera saying “this guy is blacker than his suit.”

The 18-year-old Camavinga, a French player born in Angola, is Black.

Spanish broadcaster RTVE said González's comments “showed a lack of respect and are inappropriate for a public television channel" while it apologized "to the player and laments and firmly condemns the denigrating comments."

González, a regular guest on RTVE’s sports talk show "Estudio Estadio," issued a statement on social media "to offer my sincerest apologies to anyone who felt offended."

"My comment, which was made without malice or disrespect toward the player, was however unfortunate," she wrote.

"It was a comparison that I could have made about any person of any color. But I understand and feel that in this sensitive time we are going through, even though I also believe that things are becoming too radicalized and politicized, the media has an even bigger responsibility to help the fight against racism and any form of unjust inequality."

The network said it was investigating the incident “and would take the appropriate action."

Camavinga joined Madrid on a six-year contract from Rennes. He made his debut for France’s senior team last September.