Sergio Romero saved Manchester United from an embarrassing exit in the EFL Cup as Ole Gunnar Solskjaer's side needed penalties to knock out third-tier Rochdale after a 1-1 draw. 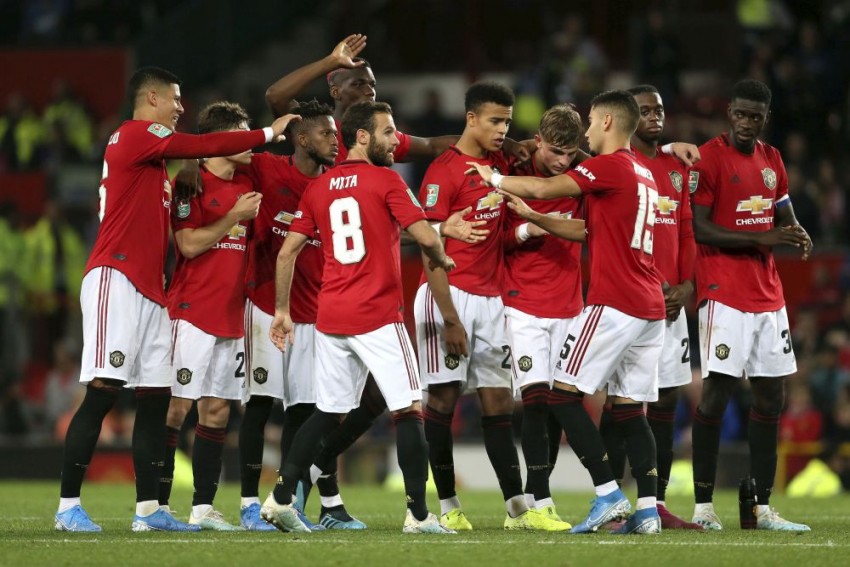 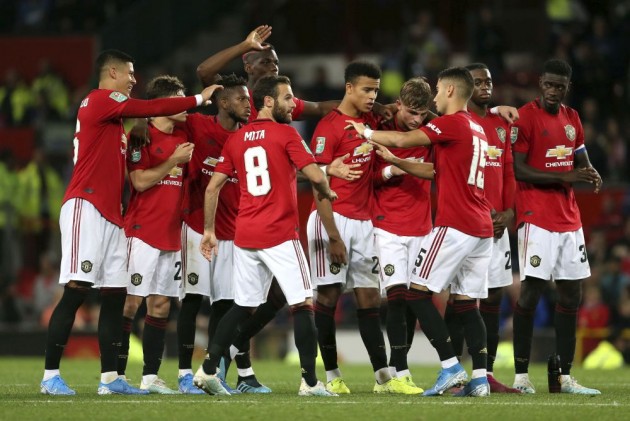 With United in danger of a humiliating exit, they held their nerve in the shoot-out, winning 5-3 as Daniel James converted the decisive kick after Sergio Romero saved Rochdale's second penalty from Jimmy Keohane.

Although United avoided the embarrassment of losing to a team 17th in League One, the sloppy manner of their performance will raise fresh questions about Solskjaer's ability to inspire his side.

United are languishing in eighth place in the Premier League after Saturday's dismal 2-0 defeat at West Ham left them with just two wins from six games.

"At this club we don't sit back and think that's good enough. That's not what we want here."

Liverpool eased to a 2-0 victory at third tier MK Dons as Harvey Elliott became the youngest player to start a competitive match for the club.

The 16-year-old put in an accomplished display and twice hit the crossbar as James Milner profited from terrible goalkeeping from Stuart Moore to put the Reds in front before Ki-Jana Hoever wrapped up the win.

Frank Lampard got a first home win as Chelsea boss under his belt as his youthful side thumped fourth division Grimsby 7-1.

There were also goals for Pedro, Kurt Zouma, Reece James and Callum Hudson-Odoi -- the England winger making his first appearance since suffering an Achilles injury in April.

Lampard handed debuts to four academy graduates as well as a first start for Billy Gilmour.

Gilmour was a stand-out performer in midfield and fellow rookies James and Marc Guehi also impressed.

"I'm pleased, some debuts and the young lads who came on improved the team which was nice. It's nice to get that first home win," Lampard said.

"I thought Gilmour ran the game from midfield. It says a lot about the academy, and nights like this give the opportunity to mix the team up and give them a chance."

At the Kassam Stadium, third tier Oxford reached the fourth round for the first time in 22 years thanks to a stunning victory against West Ham.

Hammers boss Manuel Pellegrini made nine changes and handed a full debut to academy graduate Nathan Holland, but the understudies weren't up to the task.

Bournemouth were the third Premier League club to crash out as third tier Burton -- semi-finalists last season -- won 2-0 in a match delayed three times by floodlight failure at the Pirelli Stadium.

Debutant Bruno Jordao put Wolves ahead but Lucas Boye headed Reading level in the ninth minute of stoppage-time, setting up a shoot-out that the Premier League team won comfortably.

Aston Villa cruised to a 3-1 win at Brighton thanks to goals from Jota, Conor Hourihane and Jack Grealish.