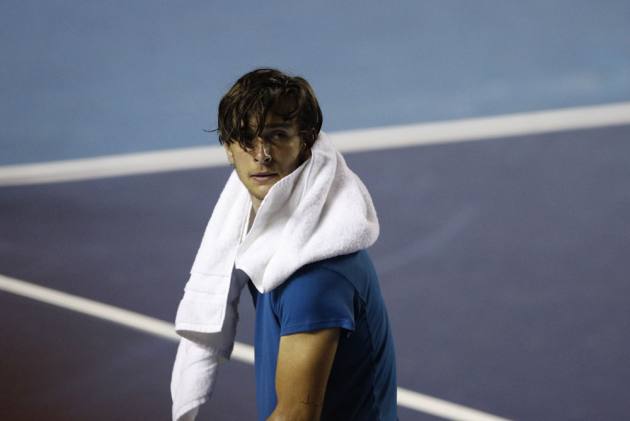 Lorenzo Musetti built on his good form with a first-round victory over Michael Mmoh at the Miami Open on Thursday. (More Tennis News)

Former top-five player Kevin Anderson was among those to bow out in the first round of the ATP 1000 event.

STAR ON THE RISE

Italian teenager Musetti continued his rapid rise with a hard-fought victory over Mmoh.

The 19-year-old Musetti reached the semi-finals of last week's Mexican Open, where he beat both Diego Schwartzman and Grigor Dimitrov en route to the semi-finals.

This week, Musetti battled past wildcard Mmoh in one hour, 38 minutes.

"Last week was a fantastic run in Acapulco," Musetti said in his on-court interview. " I played a really good match, it was a tough match.

"I think my lethal weapon is the backhand down the line."

Former world number three Cilic secured his place in the second round with a 6-3 2-6 6-4 victory against Federico Coria.

However, Cilic – the 2014 US Open winner – had a huge slice of luck to claim a break back in the first.

The Croatian got lucky down a break at 2-1 but up 30-40 in the first when he mishit his overhead attempt, striking his frame and bobbling over for a drop shot winner to level.

"It was important for me to keep my head down, keep the focus and just try to get the best level I could today," Cilic said.

Australian qualifier Kokkinakis' fond memories in Miami returned with a 6-3 6-3 win over Shintaro Mochizuki as he continues his positive return from a shoulder injury.

Kokkinakis beat then-world number one Roger Federer in Miami in 2018.

Sandgren – a two-time Australian Open quarter-finalist – got past Pedro Martinez 6-4 2-0, with the Spaniard retiring.

Wimbledon and US Open runner-up Anderson was a surprise casualty, going down 7-6 (8-6) 7-5 to lucky loser Damir Dzumhur.