Jonny Bairstow played a cool knock after the England innings got off to a nightmarish start against Australia in the third and final ODI match. Watch his outlandish six to bring up a century 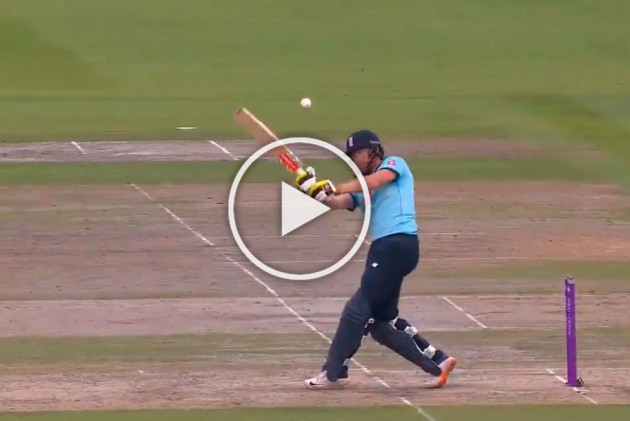 England got off to a nightmarish start against Australia in the series-deciding third ODI att Old Trafford, Manchester on Wednesday. But Jonny Bairstow played a gem of an innings as the hosts continued to push for a good total.

After electing to bat first, England lost Jason Roy and Joe Root at the very outset, off the first and second balls of the match with Mitchell Starc claiming both the wickets in a dream start.

Then, Bairstow held the innings together and put up a brilliant 114-runs stand with Sam Billings (57 off 58) as England crossed the 200-run mark in the 37th over.

The 30-year-old also reached his tenth ODI century in the process, reaching the landmark with an outlandish six against Pat Cummins, clubbing the fifth ball of the 37th over over deep square leg.

After reaching the hundred, the right-handed batsman hit a straight four to reach 105 off 117 balls.

But Cummins got his revenge. Knocking Bairstow over with beauty. Bairstow made 112 off 126 balls, with the help of 12 fours and two sixes.

The three-match series is 1-1 now, and the winner tonight will take the honours. England already won the three-match T20I series.