ENG Vs AUS: Steve Smith Says He Will Miss English Fans Egging Him On

Having dazzled in last year's Ashes despite a spicy reception from England fans, Steve Smith now faces playing in front of empty stands 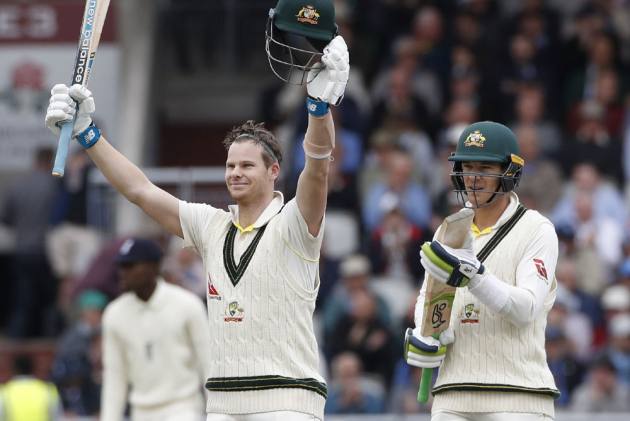 Steve Smith claimed he would miss the familiar crowd barracking as Australia departed for a behind-closed-doors series against England. (More Cricket News)

English crowds targeted Smith during last year's Cricket World Cup and Ashes series, picking out Australia's star batsman after his role in the 2018 ball-tampering scandal that saw him stripped of the captaincy.

Any Australia side touring England will usually have to brace themselves for ribbing and heckles from home supporters, but this year it is a very different story due to the COVID-19 pandemic.

With sport stadiums largely shut to spectators, Australia and England will compete in three Twenty20 matches and three ODIs in front of a smattering of officials, venue staff and media.

Smith knows it will feel different to usual matches between the great rivals and he is trying to not let that factor dampen his enthusiasm.

The way Smith sees it, he can still get under the skin of English supporters, even if he might encounter very few of them while in the country.

Speaking on Sunday, Smith said: "I do like batting there. Unfortunately there's no crowd there to egg me on and give me a bit more motivation.

Our Aussie men are headed for the UK, in a very socially distanced way! Travel safe team

"I've watched a bit of the Test matches so far that England have played and they've been playing some pretty good cricket, and we obviously know their white-ball cricket over the last few years has been exceptional.

"It's going to be a good series and I'm really excited. I'm looking forward to getting back into it."

Smith was speaking as he left Sydney Airport, en route to joining the rest of his international colleagues in Perth for the long-haul flight to England.

During the 2019 Ashes, Smith thrived in English conditions, making 774 runs in the four Tests he played.

As Australia get back to playing cricket for the first time since March, the 31-year-old said: "Obviously it's going to be a little different to what we're used to, being in a bubble and playing with no crowds.

"We've got to start at some point and this is our starting point."