Temperature will be a factor for the 2019 50-over World Cup champions England as their T20 World Cup 2021 clash against Bangladesh is in the afternoon. 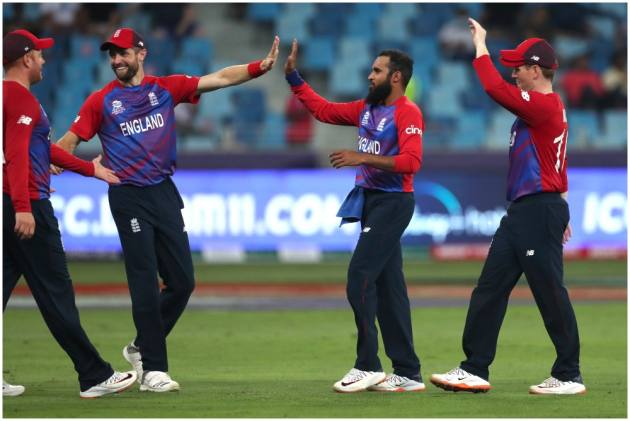 Buoyed by the emphatic win over defending champions West Indies, England would look to continue their winning momentum when they face Bangladesh in a tricky Super 12 clash of the T20 World Cup 2021 in Abu Dhabi on Wednesday. (More Cricket News)

Their bowling unit was right on the job as the Eoin Morgan-led England bundled out an otherwise lacklustre West Indies for a paltry 55 in 14.2 overs before cantering home in 8.2 overs. Against an opposition who are familiar with the sluggish sub-continent conditions and capable of producing upsets, Morgan will ill-afford to rest on the laurels.

With the match starting in the afternoon, the reigning ODI world champions will be tested in the oppressive heat of Abu Dhabi where the temperature soars above 32 degrees. To their advantage, the Abu Dhabi strip is known to be aiding the pacers and Morgan may think of bringing in Mark Wood into the mix at the expense of a batter.

Teams have been successful in chasing so far in the World Cup at this venue, with three out of four games being won by the team batting second. England's build-up to the tournament has centred around the unavailability of Ben Stokes, Jofra Archer and Sam Curran, but they hardly missed their star trio with Moeen Ali providing the winning edge.

Opening the bowling, Moeen struck twice inside the power play and went on to bowl his full quota to return with 4-1-17-2, reducing West Indies to 33 for 4. Adil Rashid then gave the finishing touches grabbing eye-catching figures of 4 for 2 in 2.2 overs.

For Bangladesh -- who have an abysmal World Cup record with just one of their seven wins since 2007 coming against a Test-playing nation (West Indies) -- the key would be to exploit the conditions in their first-ever T20I World Cup clash against England.

Their star all-rounder Shakib Al Hasan seemed to have been under-utilised in their loss against Sri Lanka. The left-arm spinner gave a double blow in four balls as Sri Lanka were struggling at 79 for 4 inside 10 overs but he came in to bowl his third over in the fag end of the match when the Islanders were in complete control of the chase.

England have a formidable batting line-up but their top-order looked a bit shaky the other day even though they were chasing a paltry 56 and Bangladesh pace battery spearheaded by Mustafizur Rahman would look to give the early advantage.

Bangladesh also have the likes of Taskin Ahmed, Mohammad Saifuddin and left-arm quick Shoriful Islam who is waiting in the pipeline.