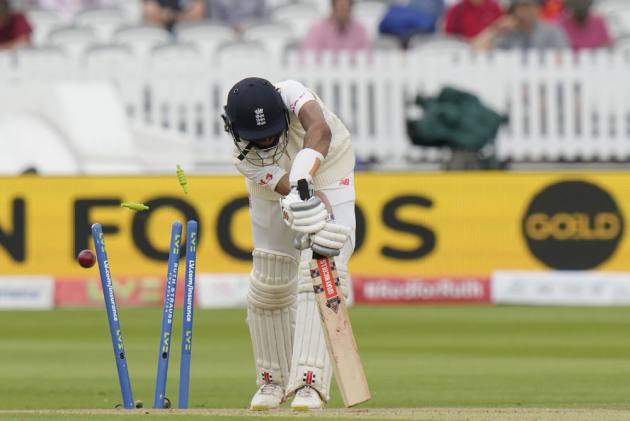 Mohammed Siraj was on fire Friday! India pacer took two wickets in two deliveries on Day 2 of the second Test against England at Lord's, London.

Resuming at 276 for three with overnight centurion KL Rahul (129) and vice-captain Ajinkya Rahane (1) at the crease, India, however, ended up losing seven wickets for 88 runs while squandering the solid platform.

England, in reply to India's 364 all out, started cautiously with openers Rory Burns and Dom Sibley successfully negotiating 14 overs before Tea.

But Siraj took only two balls to dismiss Sibley (11 off 44) after the break to break the opening stand. He had the right-handed batsman caught at short mid-wicket by Mohammed Shami.

Siraj takes 2 in 2 and it brings our captain to the crease.

Siraj, however, failed to complete the hat-trick with England skipper Joe Root fending off the next ball.

Siraj has so far taken 21 wickets, including a five-wicket haul, in seven Test matches.