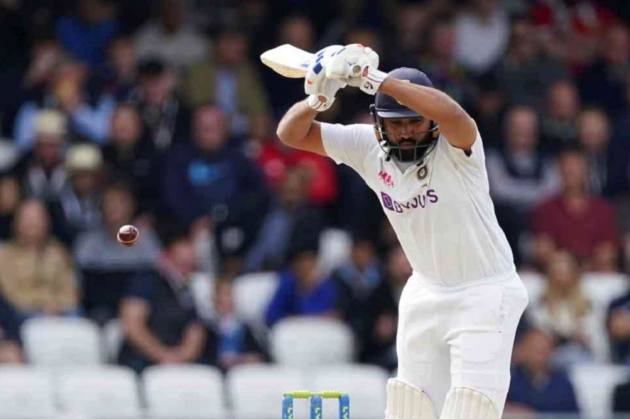 India lost opener K L Rahul at the stroke of lunch to reach 34 on the third day in their bid to save the third Test against England after conceding a huge 354-run first-innings lead. 3rd Test Blog | Scores | News

Rohit Sharma (25 batting off 61 balls) was at the crease but Rahul (8 off 54 balls) faced some quality seam bowling before Jonny Bairstow pulled off an incredible one-handed stunner off Craig Overton (5-2-5-1) to hurt India, who still have to bat eight sessions (two days and two sessions).

India trailed by 320 runs at the break.

Earlier, Mohammed Shami (4/95 in 28 overs) and Jasprit Bumrah (2/59 in 27.2 overs) polished off the tail for the addition of just nine more runs to the overnight score as England finished their first essay at 432.

Rahul, in fact, also successfully took a DRS against a leg before decision off Ollie Robinson's (8-1-17-0) bowling, and the replays showed that the ball was missing the leg stump, much to the delight of the dressing room.

However, the exaggerated off the pitch movement and help from the cloud cover over the Headingley skyline meant that James Anderson (5-2-8-0) could get the ball to nip back in the air, and then, with a pronounced outward movement beat the outside edge time and again.

To the batsman's credit, he actually didn't dangle his bat towards the movement and hence didn't find an outside edge.

Scoring runs wasn't the easiest of jobs with all three England seamers hitting the deck on the tight off-stump channel but Rahul, after a first innings duck, looked more intent on taking care of his defence as he would keep the bat close to his body.

That was one of the reasons that the wicket taking edges off the first innings turned into luckless deliveries in the second till Overton induced him to play one that straightened and the edge flew to the second slip.

At the other end, Rohit mostly left what was bowled outside the off-stump, save a rising delivery off which he got a six by merely using the pace to guide it over third-man.

The six did help raise his confidence as he clipped Sam Curran's ball on his pads towards mid-wicket for a boundary.

It's still a long way to go before India can save this match but the two openers have again seen off the new ball.