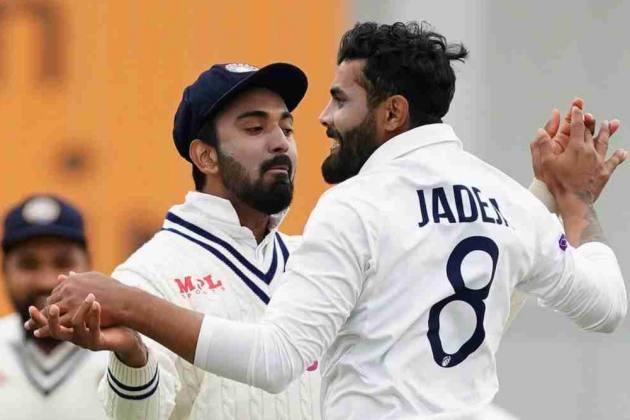 England lost both openers as its lead moved beyond 100 by lunch on Day 2 of the third test against India on Thursday.

Resuming on 120-0 in reply to India’s 78 all out, England advanced to 182-2 at Headingley with Dawid Malan ticking over on 27 in his first test since 2018 and captain Joe Root on 14, having made another good start.

The scoring rate had slowed slightly, though, in the face of more disciplined bowling by the end of the session, especially from Jasprit Bumrah. Haseeb Hameed, who was struck on the helmet by a bouncer from Bumrah, had 28 straight dot balls before getting bowled by offspinner Ravindra Jadeja for 68 for the second wicket of the morning.

Hameed had walked off Wednesday unbeaten on 60 but lacked rhythm on the second morning.

Before that, Rory Burns — on his 31st birthday — added just nine to his overnight 52 when he was bowled between bat and pad by Mohammed Shami — the pick of the seamers — from around the wicket. That finally gave India some joy in the field after being dominated on Day 1.

Still, England was in complete control of the test, holding a lead of 104.

England players wore black armbands in honor of Ted Dexter, the former England captain from the 1960s who died on Wednesday.