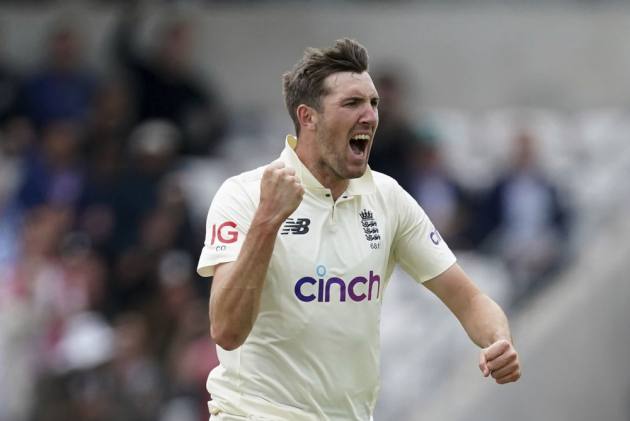 Pacer Craig Overton on Friday asserted that England held all the aces but said the first hour's play on the fourth day is going to be "massive" as they look to break India's resistance in the third Test in Leeds.

The visitors reached 215 for two in their second innings at stumps on the third day but still trailed by 139 runs after conceding a first-innings lead of 354 runs.

"Ideally, we would have got three or four, you only need a couple more for the bowlers. We are still in a good position in the game at the moment," he said.

"It obviously was frustrating for us, but we got to make sure that we get early breakthroughs. The first hour's play would be massive."

Overton said they tried to stick to basics against Indian skipper Virat Kohli who seemed to be getting back to form with a series-best score of 45 not out.

Enduring a lean patch, Kohli showed a lot of patience and judged the line beautifully, and, along with Cheteshwar Pujara, put up a great fightback with an unbeaten 99-run stand to frustrate the English bowlers.

"He (Kohli) is one of the characters who likes to get going. As a side, we were just trying to make sure that we do our business as well as we can, not ignore him but making sure that we stick to our basics of what we do well as a side," Overton said of their strategy against the Indian skipper.

Pujara remained unbeaten on 91 -- his first fifty of the series -- as India rebounded after being skittled out for 78 in their first innings to reach 215 for two at close on day three.

Asked about the pitch that has eased out considerable, he said, "We know it's going to be tricky. Credit to them they played really well. You always like to get a few more. I think we bowled better than what the two wickets suggest, but they also played well, that's what they're entitled to do so."

Earlier, Rohit Sharma made a fine 59 in an 82-run second-wicket partnership with Pujara as the English bowlers toiled.